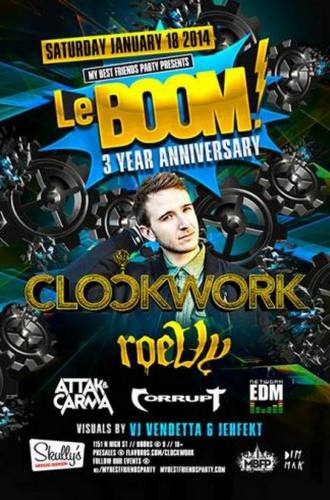 Los Angeles-born DJ/Producer Clockwork is no stranger to the world of electronic music. The young producer was one of the many 18 year olds circulating the dance music blogospehere with various bootleg remixes. But in 2011, armed with support and guidance from fellow young guns Felix Cartal and AutoErotique, Clockwork emerged from the throng of bedroom producers. His single “Squad Up” quickly caught the atten- tion of internationally renowned DJ, and Dim Mak chief, Steve Aoki. Aoki signed Clockwork immediately, making him the youngest artist ever signed to Dim Mak’s prolific roster. Since the signing, Clockwork has officially remixed work for artists across the dance music spectrum, from Steve Aoki to Dimitri Vegas. His bootleg remix of Avicii’s notori- ous big room anthem “Levels” reached over 80,000 plays on Soundcloud, 3 million views on Youtube, and garnered international radio play. Clockwork’s distinctive bass- heavy, big room sound has helped him gain support from the likes of Tiesto, Steve Angello, Laidback Luke, Steve Aoki, and everyone in between. And with a prolific propensity to create, a progressive production style, and a genuine love for the performance, Clockwork’s future is looking bright.

Emerging from the clutches of eternal darkness, roeVy began in 2008. Their live show revolves around a high energy performance that puts as much emphasis on visuals and atmosphere as the music. They began producing tracks in 2010 and have since released 2 original EPs and have remixed various artists from around the globe. 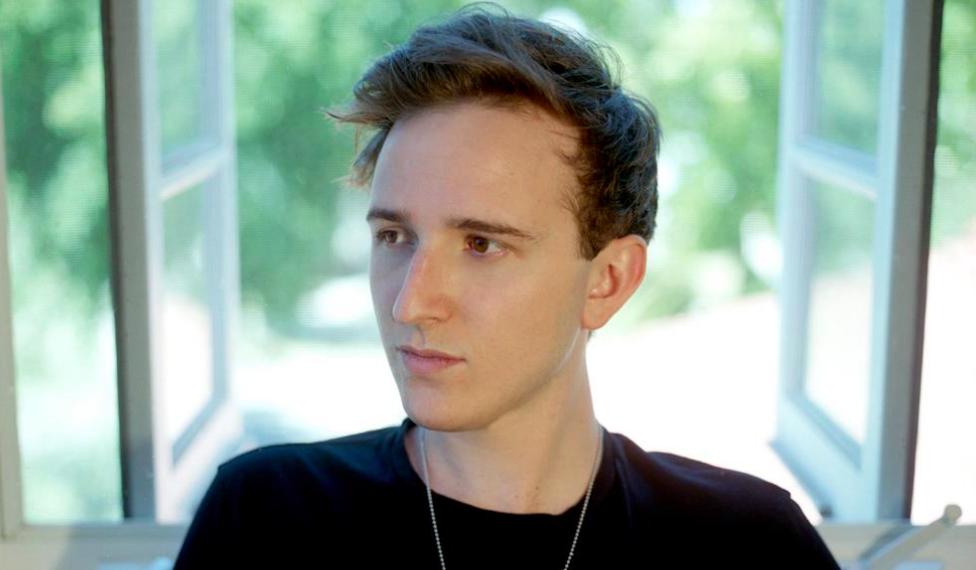