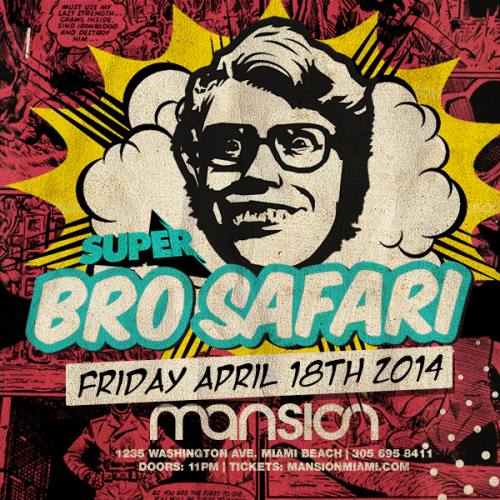 In fact, if 2012 was the year that Bro Safari’s name grew, then 2013 is when the rocket blasted off. After is success releasing singles “Scumbag,” and “The Drop,” Bro Safari partnered with his long time collaborator UFO! for the highly anticipated album Animal, which were all free giveaways via his Soundcloud. The Animal project high-light’s how these two drum & bass producers took a “genres-be-damned” approach, creating music that they felt. The album is a cohesive masterpiece, received great accolades and pushes from a number of well-respected outlets. In a fitting cycle, they even included some raucous drum & bass tracks to the project, never forgetting where they came from.