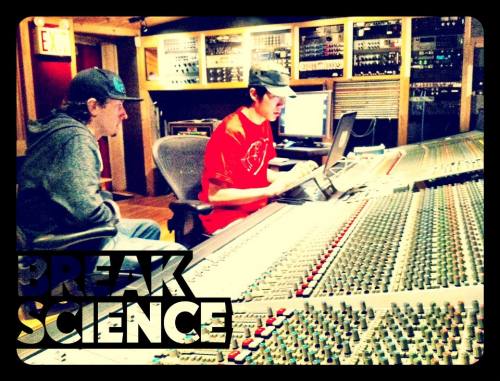 After meeting on the NYC underground live Hip Hop scene in the early 2000s, Adam and Borahm teamed up to create a genre defying, hybrid musical style that encompasses their favorite aspects of Hip Hop, Glitch, Trip Hop, Drum and Bass, and Dubstep. B Sci. incorporates into their electronic production the use of real instruments when recording and performing, focusing on live drums and analog synths as well as vintage keyboards like fender rhodes, and clavinet to create a truly new sound that is accurately descriptive of the times we live in.

Whether it's recording samples in isolated tunnels, cutting up found sounds on an MPC, programming analog synths, or layering unorthodox guitar and drum sounds, Sonmi creates sounds that are sure to open the imagination of any audience. The enigmatic band has entertained audiences at regional festivals such as Trinumeral, Bele Chere, LAAFF, and Tron-A-Thon, and has shared the stage with Bonobo, Pnuma Trio, Glitch Mob, BlueTech, Two Fresh, Emancipator, and Papadosio. By performing indulgently rhythmic collages of sound with virtually no pre-sequence, their virtuosic performance of multiple sound layers creates a much sought-after human edge to the live electronic genre.