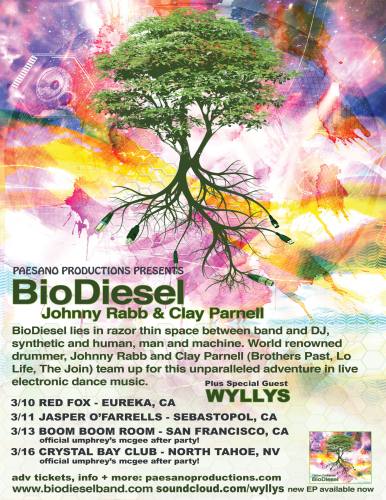 Add Clay Parnell who is known throughout North America as bassist for Brothers Past - one of the premiere bands blending rock and electronic music. Urb put their latest studio effort at the top of the growing pile of genre bending releases. Performing regularly with what reads like a who's who list in the edm and livetronica world, Clay has emerged as the go to bassist in this rapidly expanding genre.