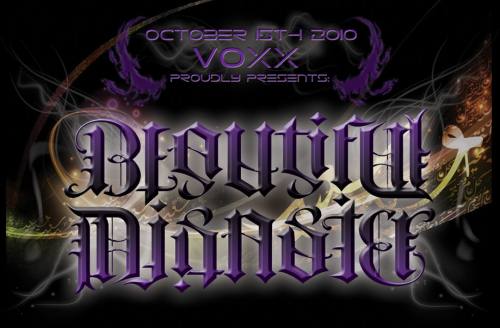 
From the same company that brought you Alice In Raveland (AiR 2010) and Magical Mystery Tour, Voxx Promotions proudly presents:

2 Stages of epic sound, beautiful lights and lasers, and

From continent to continent, this world-renowned music maker has done it all. For the last decade, DJ Bam Bam has been a major influential player in the ever-progressing global music scene, as we know it. Because of his range to produce songs for the mainstream, as well as the underground, he has been called a "chameleon" producer whose name is synonymous with quality. Whether it’s his live display of sheer dj skill or the musically embraced blend of jackin' grooves he will continue to produce in the studio, Bam Bam has proven himself to be a household name and is guaranteed to satisfy.

A product of the mid-nineties Oregon electronic scene, DJ Dig-Dug has built upon that early success to become an integral part of the Pacific Northwest dance music community. Primarily known as a breakbeat guru, over the years he’s distinguished himself by incorporating speed garage and electro tunes into his signature “bassline-heavy” sound. Doug’s furious mixing style and cleverly constructed dj sets have fueled countless performances in North America and beyond. By delivering the goods time and time again, DJ Dig-Dug’s name has become synonymous with that big bassline sound that he fell in love with years ago.

From his early studio work alongside Florida breakbeat icons, Defcon 6, to his recent custom edits and remixes; DJ Dig-Dug continues to focus on contributing back to an industry that has given him years of amazing memories. Prepare yourselves for another speaker rattling experience from this USC fixture and homegrown bassline enthusiast.

Noah D started his musical career as a singer/songwriter playing multiple different instruments from guitar to didgeridoo to hand percussion and many others in between. He was first introduced to drum & bass in 1998 via the sounds of Boymerang and Photek, but didn't delve fully into the genre until 2001. Now the name Noah D is quickly becoming "one to watch" after his tunes have smashed dance floors across the globe including such prestigious UK events as the Metalheadz monthly, Hardware at The End, Therapy Sessions at Herbal and the biggest dubstep events DMZ and FWD. His music has also received radio play on many of the UK's biggest radio stations including Kiss, RinseFM and BBC's 1xtra and has seen play worldwide from DJ's such as Dieselboy, DJ Hype, N-Type, Skream, Tech Itch, Dylan, Plastician, Hive, Bailey, Freq Nasty, Shy FX and Reid Speed just to name a few! Noah D's schedule has been hectic in recent days. After returning from his first US tour he's been locked away in the studio working on new drum n bass and dubstep material non stop. Watch out for many solo releases in the next year as well as colaborations with Mason, Random Movement, Babylon System, Focus, SPL and with Reggae/Dancehall artists, Anthony B, Einstein, Jahdan and more!

On the decks Noah D comes equipped with exclusives from many of USA's finest producers, international heavyweights and his own originals, while always bringing a taste of diversity and intensity mixed in a carefully crafted style that is guaranteed to create a memorable experience. Expect to hear a distinct blend of beats and bass sure to please even the most eclectic and discerning crowd.

"Dont get it twisted... KidLogic is no kid:  He started spinning in Wisconsin in 1998, and producing in LA in 2003.  With roots in House, DnB, Breaks, Dubstep and Hip Hop, bass and funk are the only constant. His productions are as varied as his DJ sets which flow purposefully and smoothly through his influences and styles.  Repping Supernormous, his radio show/podcast/label/collective and now for MBK in PDX, he was also an original member of the influential Grapevinez collective in LA.  He's played at various clubs and events around the US including Smog, Pure Filth, Grapevinez, Nasty Sonix, Love Groove, Fresh, Vision (SF),Kablammo (KC,MO), and Mad Classy (ATX) and has releases on SPECOPSmusic, W.E. Recordings, Rogue Dubs and his own Supernormous Records soon.  Check out "Wildcat" and "Flying V" out now on SPECOPS and his remix of HD4000's "Straightjacket" on W.E. Recordings, available through all good download shops and grab some free KidLogic tunes at http://kidlogic.bandcamp.com and the (almost) weekly show on Dubstep.fm and http://supernormo.us."

With his unique production of Trance and Electro, along with his talented blending skills on the turntables and armed with great track selections, Kid Optimus is quickly becoming a force to be reckoned with in the realm of electronic dance music. Hailing from central MA, Kid Optimus has rocked dance floors at many events and venues including Club Kaos (Springfield), Club Marque, The Source, Club Bravo, Kapri Lounge, Grille 57, Foo Bar, Club Oasis, The Gym, The Greyhound, Zero Lounge, (Worcester) & Club 58 (Quincy) Optimal Entertainment parties; The End & The Beginning (Ashland), Get Lucky, Tropical Storm, Tables Of Terror, Vinyl Exam, Get Ripped, Get Lucky Again, Scream (Worcester), & Emulate (S. Boston), just to name a few. In 2006 he was nominated for "Best Club DJ" in the Worcester Music Awards, presented by Pulse Magazine. He struck the airwaves in November of 2008 and again in July 2009 on the BUZZ Radio show with Randy Boyer on KISS 95.7 in Hartford CT as a special guest mix. His new single "3 Minutes to Sundown" is available at iTunes and the Myspace music store.

Wiggles & Friends, What Is House?, E², myspace.com/djwiggles (Portland, OR)

Regardless of if it’s a club, festival, or underground party, Wiggles has shown a canning ability to comprehend the wants of the dance floor and deliver what they need, even if the dancers may not have known they needed it, track after track! Known for consistently commanding attention when on the decks, this man comes armed with an array of incredible tracks, mind-blowing programming skills, and over a decade worth of professional experience. No stone is left unturned when appealing to his audience; a set can carry from the deep, progressive to the hard and banging - whatever he feels the crowd is ready for at the time. Paul Van Dyke, Armin Van Buuren, Miles Dyson, Wolfgang Gartner, Tiesto the list goes on - chances are if they have been in the area, Wiggles has played with them.

After a short break this summer of 2010, Wiggles is returning to the forefront of the Portland dance scene and beyond. Fall and winter already have him playing next to the likes of Mike Balance, Kelly Reverb, DJ Anna Kiss, Bam Bam, Donald Glaude and many more. Furthermore, his monthly podcast titled “What Is House?” is now available exclusively through Podbean and iTunes, contributing to the expansion of his musical reach.

Straight from the Northeast and into the Northwest comes One30. Formally DJ Slik Willy, One30 started his carrer in Massachusetts with Optimal Entertainment performing at local clubs spinning Hip-Hop, House, & Top 40. After 5 years of producing, One30 found his nitch with Electro House and found a new home in Portland, Or. Upon arrival, One30 joined forces with Voxx Promotions and is now making a name for himself in PDX. With his bangin’ track selection and ability to move the crowd, missing a performance by One30 is just un-excusable.

Phreek D's journey began in '93 after going to his first party and over the next few years really fell in love with the vibe of making people dance. After a couple years watching his favorite DJs like Doc Martin, Terry Mullin, Derrick Carter and a few other he finally got his own decks and started spinning in '97 and that is where it all began to build. By '99 Phreek D started playing regular local shows openning and closeing for many top notch Northwest DJs and had residency at 2 of Portlands underground afterhours clubs (The Studio & The State) '99 thru '01. After playing shows til '02 Phreek D decided to take a break to pursue learning the trade of event productions mainly in the rock-n-roll biz. Getting to work with some of the top Bands in the world and seeing how and what it takes to throw an event Phreek D knew he wanted to do more than just DJ but to throw top quality shows. When givin the chance to DJ on the Dew Action Sport Tour in '07 Phreek D quickly regained his love for moving a dance floor and knew he wanted to DJ for a large shows again.

Now it has almost 3 years since Phreek D teamed up with one of his old partners 3 Peace from Funkside Family to throw their first show in early '08 called "Love Spell" with Lea Luna as the headliner. In the last 2 years it as been non stop for Phreek D bangin out the Electro/Fidget House at show after show. After a 5 year retirement Phreek D has built a fan base with the new school party kids faster than any Northwest DJ has ever done. Playing most of Ground Breaking Events shows for the last couple years like "Rave to tha Grave","Together","Big Bang Theory 2","Green","Utopia 3","School Of Hard Beats","Rave to tha Grave 2" ,"Nintechno 2","Big Bang Theory 3" & "Green 2" and headling couple other shows form other Promoters. Now Phreek D has turned it up a notch in 2010 by helping out Phatwire Entertainment to throw there very first parties "Nightmare after Valentines" w/ Quack Quack from SLC which was a huge success and "Purgatory" bringin back Lea Luna for another NW appearance. Now recently he has became one of Voxx Productions DJs and is focusing on producing tracks and working on sharing his grove to the World!

INTRODUCING THE VOXX VIXENS WITH LIVE PERFORMANCES THROUGHOUT THE NIGHT

PROUD TO HAVE LASERS BY TOP NOTCH LASERS! BIGGER, BADDER, AND EVEN MORE POWER THAN AT AIR!

ROUND TWO AT THE TA EVENT CENTER!

For more information call our info line at 503.610.VOXX or e-mail voxxpromotions@gmail.com.

As always, thank you all for your support. We plan to continue to raise the bar as we grow and gain more experience and knowledge. 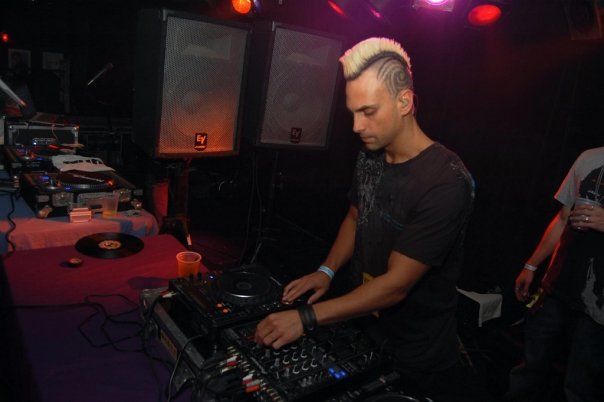 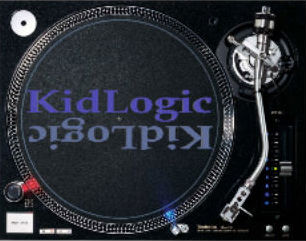