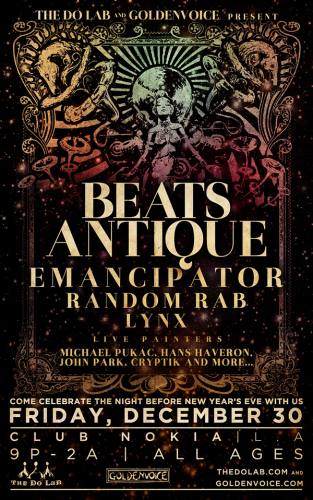 From under the shelter of world acoustic music’s canopy, live electronica has bred a new beast built of brass band and glitch, dubstep and glockenspiel: the musical trio Beats Antique. The musical alliance of producers David Satori and Tommy Cappel is inspired and emphasized by their collaborative partnership with world-renowned belly dance performer and music producer Zoe Jakes.

The much anticipated sophomore album, Collide, from Oakland based trio Beats Antique is finally in stores and has fans already asking for more. Beats Antique is well known for forging an alliance between Middle Eastern traditions, underground hip-hop, breakbeat brass band, downtempo, glitch and dubstep and for making it nearly impossible to sit still.

Those in the know have been following Emancipator since he self-released his first album, Soon It Will Be Cold Enough, at the age of 19 in 2006. His agile melodies layered over headnodic, immaculately-produced beats captivated fans across the internet and across the world. His latest album “Safe In The Steep Cliffs” blends new instrumentation and organic samples with the signature Emancipator style of clean production, silky melodies and addictive drums.

Emerging from his own distinct corner of the West Coast electronic music scene, Random Rab offers a powerful and unique contribution to sonic exploration. Often referred to as “The Master of Emotion” his music is patently beautiful and melodic. With diverse influences ranging from trip-hop, classical and Arabic to bass driven compositions, his songs are considered anthemic and timeless. As a multi-instrumentalist and singer, his tracks are organic, uplifting and stand on their own as a distinct genre. Listeners of all types of music can find something they can relate to in his sound.

Lynx, is an innovative singer-songwriter, multi-instrumentalist, beat-boxer and producer from the Bay Area by way of Colorado. At 25, she has already been breaking new ground in both the live and electronic music scenes playing events all over the world.  Lynx's music combines elements from multiple genres including electronica, folk, and indie pop. Her new album On the Horizon intertwines powerful vocals, lyrics that are both universal and intimate, timely and timeless, and a sound that switches from folky to cutting edge with bumping beats that melt to raw, melancholy melodies and resolve with infectious pop hooks. 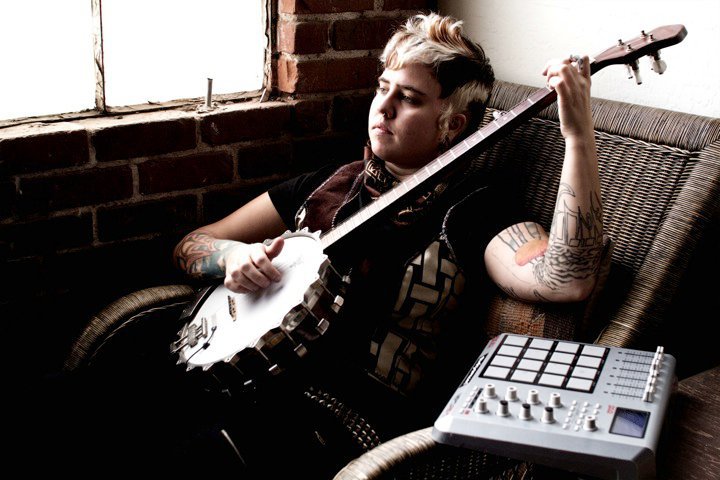