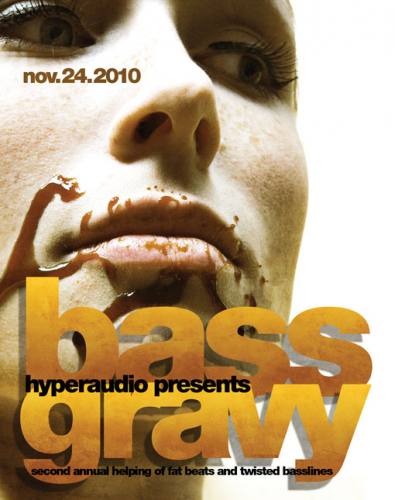 - You don't work the next day Repping the mighty Rottun Recordings (Excision's imprint), welcome one of the most consistent producers in the game back to Vegas (he played a surprise closing set w/ Bare at Smash awhile back, some of you probably caught it). His 15 Karat EP was a global dj favorite, with all tracks enjoying heavy support from the biggest names and holding their own on the Beatport charts. More recently he's released a few ridiculously sick remixes (including two for huge drum and bass imprint Formation) in between constant gigs, and he's finishing up another release for Rottun down the road. Show the maple man how Vegas gets down.

We never get tired of Bare's sets, thats pretty much the size of it. Bare recently set the record for most tracks by a single producer in the Beatport Top 100 at the same time (with 9) - think about how huge that is for a second. Bare's most recent release was the Cash Grass & Ass EP on Play Me ("all about my paper" with messinian held steady in the top 10 for weeks), that came along with his now infamous unofficial Fine Day remix. Tunes on Basshead music and Dieselboy's Subhuman label should drop this month. This guy is one of our favorite live djs, no joke - if you haven't seen him throw down yet, come find out why Trowa is a collaborative effort between local favorite Metaphase and Philthy B out of LA. Theyve already been picked up for a Play Me EP by Reid Speed (arguably the best A&R person in the game), and have dropped several remixes through Media Contender to huge reactions. All their forthcoming material is fire, and I have no doubt they'll be blowing up huge in no time flat...come check them out on the way up. It wouldn't be Bass Gravy without drum and bass. We thought rather than book some relatively obscure producer that only a few DJ's and hardcore fans might know, we'd add another Vegas favorite / LA oldschooler to round out the lineup. Under his famous moniker CRS? and his dubstep alter ego Drumsmuggla, George has been destroying dancefloors all over California and beyond as long as we've been around (and probably longer). Always glad to have him back. Combining like Voltron once again to close out the night with the best in drum and bass, dubstep, and polkastep (im probably the only one that'll do that, but ya never know). Combined we're also almost 100 years old. Scary...

We've been making an effort lately to check out some of the fresh talent emerging on the scene, and give some people who aren't old and crusty a shot. we asked around and this dj trio came highly recommended no matter who we talked to...we listened. show up early and check out their opening set of dnb, dub, and whatever else they wanna throw at you