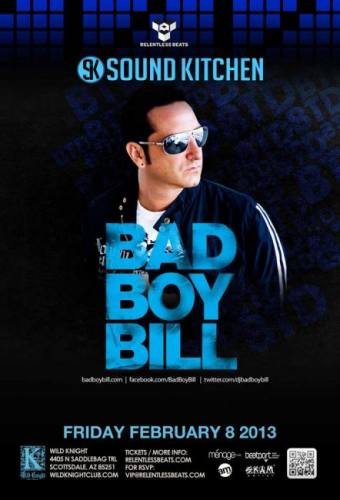 
Now an international house icon, Bad Boy Bill got his start as a teenager, DJing at local parties, entering DJ battles, and throwing his own events. He won the first DJ battle he entered. As a senior in high school, Bill started his own record label (International House Records) and signed tracks from DJ Pierre, Mr. Lee, and others. Between 1995 and 2001, Bill released five volumes of the Bangin’ The Box series on his own label, Mix Connection Multimedia. It became one of the best selling series in dance music history. During that time, Bill also founded Moody Recordings, which released the international hit “Get Get Down” by Paul Johnson.