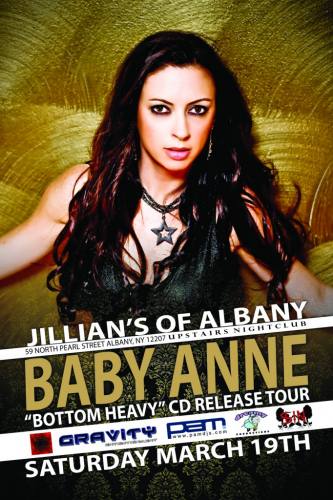 Baby Anne aka “The Bass Queen” has blazed a Trail across North America and Beyond with her DJ sets and Original Productions. Her signature recipe is a delicious fusion of high energy Electro Breaks and Miami Bass seasoned with funky beats and driving bass lines.  Her musical influences range from Miami Bass stalwarts Dynamix II and AfroRican, to overseas tunes by Kraftwerk & 808 State, from statesides DJ Icey and Information Society to a host of Funky Freestyle records from back in the day!

Baby Anne is known not only as a DJ but also a recording artist, having dropped loads of tracks on her own Bad Baby record label and DJ Icey’s Zone Records Imprint as well as other labels. Her latest single “Baby Vicious”, on Bad Baby is rocking dance floors across the country.  Baby Anne has pounded out 11 Mix Cds, all of which have charted on the Billboard Soundscan Electronic Top 50 album chart from 1999′s “BassQueen in the Mix” to last year’s iTunes releas, “I Heart Bass”.

2010 sees baby dropping her twelvth floor crushing Mix CD, entitled “Babylicious” (Moist Music/Zone Records), a mix to further her reputation as Electronic Music’s leading lady of Bass and Breaks!  Baby Anne is set to ignite dance floors worldwide as the “Babylicious” CD Release tour starts in Mid Summer and continues into 2011! Her prowess behind the decks is always electric and fresh as she carves out the path for her Bass Beat evolution. Catch Baby behind the decks for a night of dance floor mayhem!

Since the late 90′s both Don and Jason have been a staple to the EDM scene in Upstate NY. Their respective companies, SINsation Sound and Gravity Entertainment, have thrown some of the biggest events the region has seen.

In early 2010, the decision was made to push forward as a duo. The Dark Flow was formed. As The Dark Flow, they have embraced many genres of electronic music. The main focus is always on a big main room sound. The Dark Flow’s track selection will keep the party going whether they are performing in front of 20,000 at a festival or 100 in a lounge. A mix of dubstep, electro, drum & bass, house, & techno blended seamlessly keeps sets fresh and original.

Since combining efforts, The Dark Flow is quickly becoming one of the most sought after acts in the region. Major bookings at Camp Bisco & Summer Sanctuary have highlighted The Dark Flow’s festival calendar this year. The Dark Flow is no stranger to clubs and raves, playing several events each month.

The man behind the durty rhythmz sound will be headin back to the capital district to do what he loves to do and that’s to get the dancefloor On and Poppin!

Being one of the most diverse out the crew Luis Elusivo will give it to ya pretty much anyway the dance floor wants it… depending on the mood of the crowd, determines on what he will be spinning. Luis can bring it nice and funky for all the onez that wanna shake their ass, or if the night calls for it, put everyone into a stupor with some Deep/Progressive tracks. Spinnin w/ such notable DJs as: George Acosta, Micro, Frankie Bones, Halo, Josh the Funky One, Pat Egan, Richard Humpty Vission, Scotto, The Planet of the Drums Tour, Hudia Hudia…Also bring in notable talents as…Adam X, Angel Alanis, Breakdown, Ciaglia, Circuit Breaker, Cue, Jen Lasher, Jes-One, Jon The Dentist, Love Sound Project, Michael Myers, OS2, Pleasurehead, Portia Surreal, DJ Shortee, The Revalation Tour, The Solid Breaks Tour, Venom, X-Dream..


For over a decade Luis has taken his sound to new heights. With collaborations with some of VibrantSoundz’s own Djs: Elementz as E-Double, Shaun Josef as Los Chupacabras, and finally working with long time friend Eli who has added his *live guitar act* to Luis’s set has been a crowd pleaser fo sho! Catergorizin his sound as “durty rhythmz”. Whether it’s House, Breaks, Techno, Trance, etc. The dance floor is guaranteed to feel some durty synths and basslines pulsating thru the speakers for your dancing pleasures. From the Metro to the Burb’s,


Luis will keep your head bobbin and your ass shakin…you can take that to the bank! 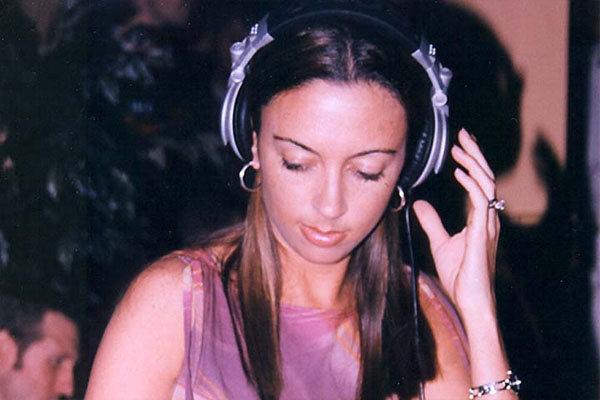 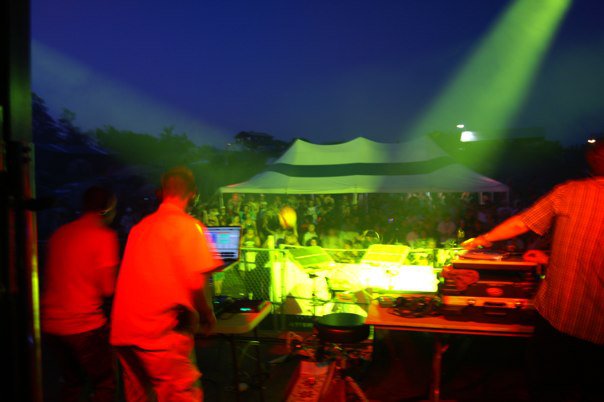 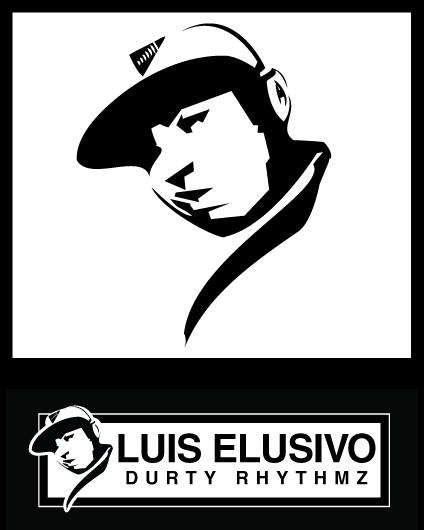