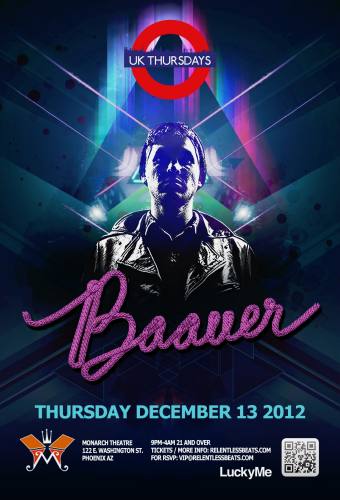 The love child of Brooklyn and the Internet, Baauer was born out of noise. A sound that began steeped in the 4/4 dance tradition, slowly took on hip hop tendencies until the two became one. Influenced heavily by southern hip-hop and UK bass sounds, Baauer has found himself smack dab in the middle of the electronic renaissance. He is the delectable fusion of future-crunk and leather shaken aggressively in a bottle for years and has only just opened the top to pour the mixture out.