Join Armand Van Helden (April-22-2011) up close and personal as he celebrates the Grand Opening of Icon LA Ultra Lounge in this exclusive, rare and intimate live performance in LA.  With his Headlining Worldwide tours, and his remixes for Platinum artists such as Rolling Stones, Katy Perry, P.Diddy, Janet Jackson and Britney Spears.   Armand Van Helden has no doubt established himself as a force within music and culture.


Armand Van Helden is an American record producer whose biggest commercial successes came from his remixes of the 1996 Tori Amos song "Professional Widow" (released on East West Records), which reached number 1 in the UK Singles Chart in January of 1997, and his own track "U Don't Know Me" (released on Ffrr Records), which went to number 1 in the UK in February 1999. Armand Van Helden is also the creator of dance classics such as "Funk Phenomena, Witch Doctor, Koochy, My My My, I Want Your Soul, NYC Beat, Flowerz, Hear My Name, Why Can't You Free Some Time ? and Ultrafunkala".


In 2009, Van Helden worked with Canadian DJ A-Trak to create "aNYway" which was released in October under the name Duck Sauce.  The duo later gained chart success with their hit "Barbara Streisand", which reached number 1 in numerous countries.


Located in the heart of Downtown LA directly across the street from Staples Center, Icon LA is a new sophisticated venue infusing world-class talent and entertainment into Downtown LA. With two (2) levels; Icon LA provides the high-energy atmosphere with striking decor and ambiance, but with the balance and comfort of Downtown nightlife. With its exquisite views of LA from its Rooftop Lounge, Icon LA is committed to providing high-end entertainment and service, Setting the standard of quality in LA. 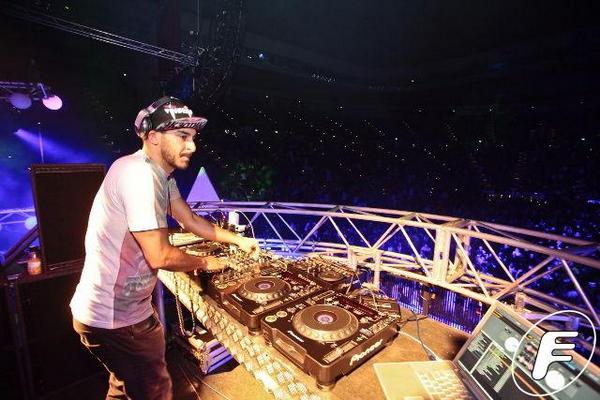