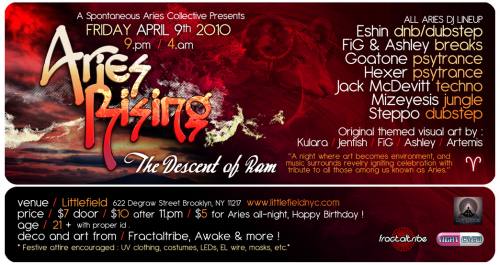 What: Aries Rising: The Descent of Ram