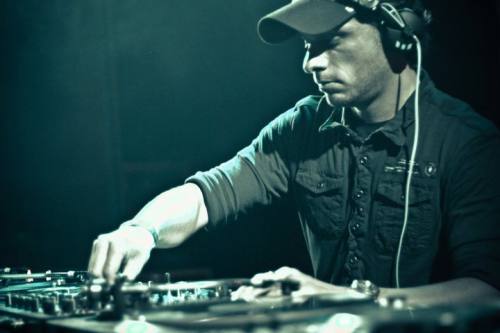 In the world of electronic music, there are few bigger names than that of Andy C. Regarded as one of the greatest DJs ever to touch a turntable, the Ram Records founder is one of the most iconic and important figures in global dance music culture, and his dedication to the music he loves is only matched by his list of acheivements.

Having won dozens of awards for his near-superhuman DJing skills, Andy C's incredible career has taken him from early-90s raves in his native Essex to the terraces of Space in Ibiza and the Oxford University Union. And while Andy has consistently wowed crowds from behind the decks, his productions as part of Origin Unknown and later Ram Trilogy have solidified a reputation as one of the most important figures in the evolution of drum & bass.

As his 'Nightlife' series of mix CDs consistently take the sound of drum & bass ever further, Andy still finds time for the label he set up as a 16 year old; Ram Records. Through the label, Andy C has been instrumental in the rise of two of the biggest names working in electronic music today, Chase & Status and Sub Focus, and he continues to search for the next frightening talent to nurture anddevelop beneath the Ram banner.

You would think that with all this what else can Andy surely do? How about a stage show to celebrate the true skills of the DJ... Andy developed a bespoke award winning stage show called Alive in 2011. This fully interactive show which is visually run by the man himself whilst playing a different unique set at each performanc, has wowed thousands of people around the world. This coupled with his recent remixes for the likes of DJ Fresh, Eric Prydz, Plan B, Porter Robinson, Rudimental and Major Lazer, where his mix of Get Free went on to be play-listed at Radio 1. It's clear that the man they call 'The Executioner' isn't softening up... in fact, he's sharpening his axe.

In the beginning... Armanni Reign grew up rapping everywhere from elementary lunch room tables to high school hallways to college house parties as a hobby before realizing the worth of his gift. Back then you would prove your worth by progressing from cyphas to battles, which is what he did to make a name for himself. He started in small competitions and eventually worked his way on to radio spots. After spending three continuous months as Philly 103.9FM's 'Cypha' champion, MC Armanni decided he needed a change. Not seeing any longevity in the Battle Circuit had motivated Armanni to switch things up.

His introduction to drum and bass was an experience shared by many first timers- Sutpens' Jungle, February 2000. His first mixtape was "DJ SS live at Sutpen's Jungle" on which the vocal skills of MC Skibadee and MC Foxy gave Armanni insight to the lyrical potential of Drum and Bass. Citing MC Skibadee as one of his main influences at the time, Armanni developed a distinctly powerful and diverse style of lyrical delivery. It garnered respect amongst his peers as well as many of the top Drum and Bass MCs and DJs in the World. Staying true to his hip hop roots, Armanni delivers bounce, flavor and lyrical wizardry.

2003 was a fantastic year for MC Armanni Reign because not only was he nominated Best Breakthrough MC at the Knowledge Drum and Bass Awards, he also became the official Metalheadz Americas MC. He is undoubtedly one of the most well known lyricists in Drum and Bass amongst the respectable forces of Skibadee, GQ and Dynamite. With releases currently on Gasm, Freak, Intasound, Westbay Music Group and TekDbz, MC Armanni has set his sights on the grand realm.

As a part of the powerful collective known as Mental Sharp along with Sharpness MC, the duo has released five Hip Hop mixtapes: On n Poppin', Above the Beats Below the Bass Negative 1, 2 & 3 and Epiphany. They have rocked mics on stages and in the booth since 2003 dropping anthems like 'P.H.I.L.L.Y. VIP' (GASM) and 'Hit Em' Hard' (TekDbz). Whether it is just small clips for dancefloor bangers like 'Ruff Rugged N Raw' (Mason) and 'Violent Sound' (Hive) or full on verses for smashers like 'Take That' (Ewun) and 'Fahrenheit 215' (Photek) Armanni's presence is felt in every syllable.

Now, as a featured artist with Westbay Music Group, his future sounds off in many different genres which he gave a taste of with his EP- 'Off the Grid' - OUT NOW on Westbay. This will give listeners a sense of his new vibe while he works on his full length album (untitled). While the five track EP focuses mostly on Hip Hop, his full length will also showcase Electro, Breaks and other musical influences. Already testing the Dubstep waters with tunes like 'Suicide Pill' (Mark Instinct & Adroa), 'The Chase' (Down Jones), 'Activate' (CHI), 'Get Up' (CHI) and 'Follow Me Now' (Noah D), one can only guess what styles Armanni will use when stepping outside of the box. 'White X-mas' (Origin) and 'Dark Room' (BeasTmode) might be an indication "Of Things to Come"

Armanni performs with many of the top Drum and Bass as well as Dubstep artists at almost all the top shows. Residencies have included Bassrush (LA), Platinum (Philly), DJ Series (Philly), Metalheadz, Heavy Duty and Ultraworld at Sonar (Baltimore). He has amazed crowds at the World of Drum and Bass, Electric Daisy Carnival, Nocturnal, Together as One, Starscape, Buzz, Ultra and many other massives sprawling from New York to Japan and from London to Australia. Armanni has toured with the likes of Goldie, DJ Craze, Kenny Ken, DJ SS, Dieselboy, Andy C, Chase and Status and is frequently requested to MC exclusively for many other top djs in the industry.

MC, Rapper, Producer, Artist, and Father... the self-proclaimed "Ghost MC" is not to be slept on. 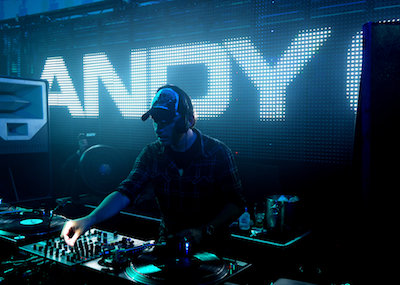