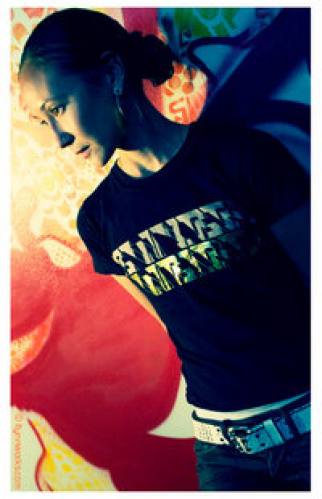 Loyal Family, 4Sho! and Connector unite once again to bring you some of the east and west coast's finest producers of electronic music...

Ana Sia’s love of electronic music combined with an innate understanding of the value of dance to the human soul collectively fuse to create unforgettable sets of experience, whether she is slamming spots in her hometown of San Francisco or taking her turn in the fore...sts of music festivals around the country.

Ana’s energetic delivery of brain-fazing beats has earned the Princess Slay-ah an important spot in pioneering the West Coast future sound movement. She will take you on a musical expedition into the deepest reaches of your brain, as she masterfully blends a wide spectrum of rhythms with a beautiful fluidity and a delicate sensibility, giving the dance floor a delightful ride that ends at the corner of bliss and oblivion.

Also known as a pioneer of electronic music, Kraddy stands as a visionary in his field, a fresh voice that spans genres of artistic style. Hybridizing hip-hop, dubstep and dancehall with digital edits and cuts, Kraddy's music is a voice from the future awakening our ears and minds to what is yet to come.

Originally from NY, Kraddy (born Matthew Kratz) began his musical career in San Francisco releasing his debut album, Truth Has No Path, in 2003. With the release of the single "Faux Show" (a remix of The Old Dirty Bastard's "Shimmy Shimmy Ya",) Kraddy became an underground favorite in the electronic music world. As a founding member of the Glitch Mob, Kraddy continued to innovate the sound and possibilities of digital music. It was during this time that Kraddy released "Android Porn", a track hailed as the anthem of the "glitch hop" genre. With its epic melody, dramatic builds and unrelenting beats and bass, it marked a milestone in the creation of a sound so fresh, no one had a name for it.

Spankalicious is bounce. He's been making his mark on the electronic music scene in the Midwest with the high energy that he brings to the stage, creating the vibe needed to get the rage started!

WILL CALL TICKETS ARE AVAILABLE NOW (with no service fees!) at http://shop.loyalfamily.com/collections/tickets/products/10-14-ana-sia-kraddy-eliot-lipp-spankalicious-sol-lounge-st-louis-mo

RSVP and invite your friends to join us!

Thanks for your support.