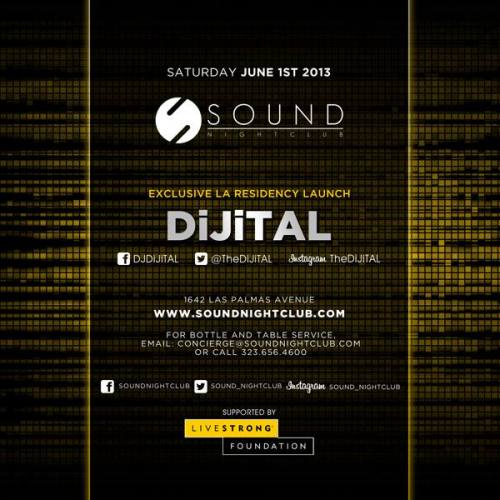 DJ / Producer Dijital (Lamont Norwood) is active since the mid-90s with his electro, solid rock and mash-up sound. The man known as DJ Dijital spent years on the turntables spinning in an array of some of the most underground clubs and parties in the world.

DJ Dijital was born in a time when the “techno” or “electro” sound encompassed Afrika Bambaata, Juan Atkins and even Kraftwerk. For Dijital, DJing wasn’t enough. He found himself in the studio as well as in the club. For a while, he embraced rap and hip hop production, but Dijital knew deep down that he would have to return to his roots. And he has. Returning to the studio, he managed to create his journey to self hood on wax. First debuting on Direct Beat’s 4-track sampler “Xperience de bass II” (db4w-017) with his track “Radar2bass”. DJ Dijital describes “Radar2bass”, his debut on Direct Beat records as “Sinister Techno Bass”. “Sinister” in this sense being the way he determines to make even the most resistant wall flower to get up and dance.

In the words of DJ Dijital, “a free type of music where you can do whatever you want. Late night party music for late night people.”