This week, the electronic-rock fusion group Zoogma released their highly anticipated Wet Hot American Mixtape. Hailing from Oxford, Mississippi, this four-piece has been known for their beat-driven dance parties and energetic live performances across the nation since the release of their debut album, Recreational Vehicles. Band members Brock Bowling, Matt Harris, Justin Hasting, and Ryan Nall have enjoyed immense success in their relatively brief careers, with an impressive tour schedule that already extends into January of 2013.  Check out the "End of Summer Tour" tour dates below.

“M10” kicks off Wet Hot American Mixtape with a bang. Incorporating samples from Three 6 Mafia’s “Stay Fly,” this track catches the attention of listeners right from the start.

Next, “Ayers Rock” emerges as a modern-day fusion of jazz, rock, and trance genres. Electric guitar melodies spice up this track, giving it a unique feel that engages fans from beginning to end.

Zoogma’s third track on the album is “Blocks,” which showcases the group’s flirtation with dubstep. The combination of sensual female vocals and wailing guitar riffs provide for a stimulating listening experience that remains throughout the entirety of Wet Hot American Mixtape.

The group’s remix of Ellie Goulding’s “Starry Eyed” finishes off this fresh release. Goulding’s ethereal vocals harmonize perfectly with the track’s power-driven synth lines and heavyweight bass. Still making sure to integrate their customary guitar riffs, Zoogma makes Goulding’s track their own in this booming remix.

The men behind this project have proudly come together to form the musical conglomerate that is Zoogma. The group has worked to successfully transcend the lines that stand between electronica, hard rock, and hip-hop sounds, generating a diverse musical style that appeals to a range of audiences across the country. 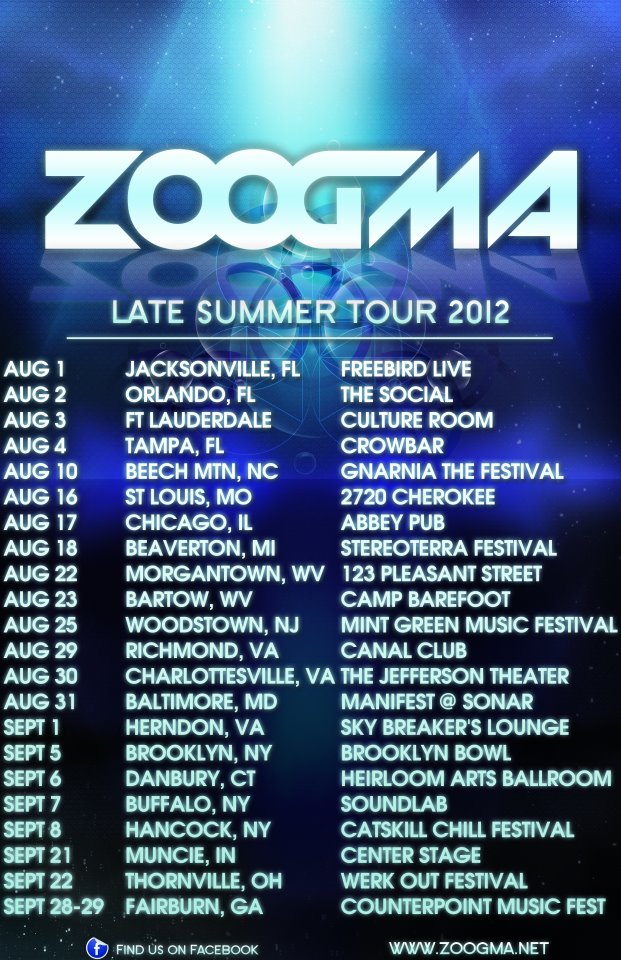