Years ago, you'd be walking around a festival and your eye would catch a sticker on a bumper, tent, or backpack that read WTF IS ZOOGMA? The hard-working four-piece from Oxford, Mississippi is no longer a mystery. The live electronic act has dominated the festival scene for the past few years, showing up everywhere from coast-to-coast, bringing their all-night rage fests to the fans.
Tomorrow, the band releases its second studio album, Anthems 4 Androids. The 11-track record demonstrates how years of incessant touring can result in not only technical proficiency, but a songwriting quality that only comes from pure hustle. Today, we premiere THREE tracks from the album. Three wildly different, FREE, tracks that shed some light on the rising band's sound. 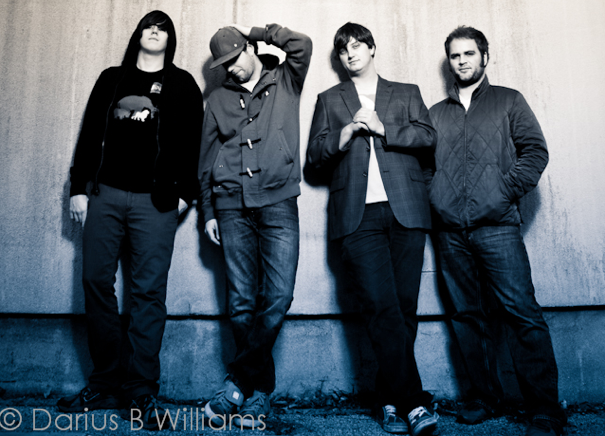 "Mirage" fills the hole left with last year's breakup of seminal livetronica act The New Deal. Not since Darren Shearer and Jamie Shields have we heard such tight breaks and house drumming and explosive synth sounds. "Circuitbored" is a fine example of Zoogma's deep grooves, and how they can accelerate into all-out, four-on-the-floor madness at the drop of a hat, before dropping back into the pocket. The title track gives Zoogma a chance to shine on the hip-hop tip with a guest appearance from Phantazm, whose delivery reminds us of a certain Funkee Homosapien.
This album is a stunning statement from a band who has been absolutely crushing it, lately. Their massive fall tour will be even bigger than any in the past. People won't be asking "WTF is Zoogma?" they'll be asking, "Where the fuck is Zoogma, because I gotta see 'em."