The sacred mountains and valleys of Northern California provides a sanctuary to the most creative and enigmatic contemporary producer you still haven't heard of yet—that until now. This producer and musician is in the humble business of spreading good vibes and providing templates of harmony and cosmic balance as inspiration for all planetary citizens.

Wu Wei finally released his latest EP, Written in Ash, earlier this month. The album is lovely and is definitely worth listening to several times over. As a matter of fact, we wouldn't be the least bit surprised if it finds its way onto a number of playlists over the coming weeks and months. Everyone at The Untz is pretty stoked for Wu Wei’s set at The Untz Festival this coming June in Mariposa, California where we hope to see every one of you get wild and wicked on the dance floor.

Released under San Francisco’s trusted and well-respected Muti Music label, Wu Wei sits alongside bass legends such as Andreilien, ill.Gates, an-ten-nae, and Mimosa. Wu Wei explained to me that Written in Ash is a particularly special album and diverges from the creative process he historically employs when sitting down to begin writing albums and tracks.

Most of Wu Wei’s releases are based on specific stories or concepts in which he finds inspiration and usually, this subject of inspiration is nailed down prior to writing a single note. However, the past year Wu Wei purposefully took a hiatus from releasing music as he obsessively overhauled his sound as a result of going down the intellectual rabbit hole with music theory and orchestration at Berklee. Written in Ash marks a playful evolution and curiosity driven experimentation in Wu Wei’s sound; his own vocal recordings are utilized on his tracks and there is also an ocean of analog synth for audiences to swim around and wade in as they float effortlessly on their backs, with eyes gracefully closed, and enjoy the warmth of sun rays in a zero-gravity suspension. 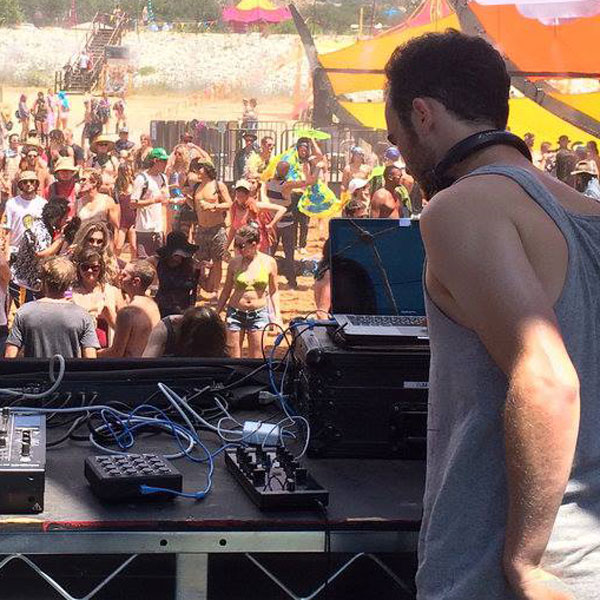 As Wu Wei sat down to write Written in Ash, the primary elections in the United States were just unfolding. Wu Wei explains, “…So I was definitely being affected by the apocalyptic rhetoric that comes with times of political tension. All this came together to produce a sort of anxiety; a feeling that all the time and effort I was spending to improve the quality and impact of my music could go unheard and be wasted in the wake of apocalypse! That’s where the title ‘Written in Ash’ came from.” Eventually, Wu Wei found solace and resonance in the idea that all his work in the lab could very well go to waste and within this - he ultimately came to terms and accepted the potential collapse of the modern world. Wu Wei continues, “There’s this idea from Taoism that the ultimate sense of balance and peace comes from being able to dedicate yourself completely to your practice or work, but to remain unattached to the fruits of your labor. The attempt to balance those feelings is where most of the tunes from ‘Written in Ash’ came from.”

Track one, “Internal Menace,” is produced and mastered extremely well. Low bass rattles your core! If you haven't already, it’s probably about time you invested in a good pair of earphones or speakers because there is a lot of sound in this track which perfectly balances dark and light; power and grace.

“Dust” is one of my favorites on the seven track album. Its ever-so glitchy, melodic just how I like it, playful, and sexy as fuck. This is the type of music that keeps me feeling perpetually young like I’m living on Never Never Land. Track three, “The Luxury of Dissociation,” is another favorite on the album. Low frequency drips, quick high pitched edicts, melting cascades of violin, and lasers here and there create an intensely diverse track. The analog sound is alive and well with this one. The authorities may consider scheduling this track because its got me feeling some type of way.

Track four, “Hollow Idols,” is the album’s slower and more primal track getting us back into touch with innate ancient feelings hardwired into our genetics. “She Who Whispers,” is absolutely gorgeous. Downtempo, South Asian vocals, and sitar voices induce closed-eye psychedelic tapestries. After you explore the tapestries, your eyes finally open back up and you now find yourself wandering through an ancient temple lit only by hot-burning torches with flames wildly flickering to illuminate your dancing shadow projecting upon the temple walls. You are compelled to follow a friendly temple priestess down the halls, whom is always just barely out of sight and cornering the next bend ahead of you in this endless maze.

“Ink” is marked by pulsating synth, chopped vocals, and fat bass lines. Wu Wei’s creative expression really shines with this one. The album is wrapped up with the title track, “Written in Ash.” Why pay a therapist $60 an hour when you can just hit play to track seven? The track channels overall positivity through an optimism that remains buoyant in undertones of sadness and uncertainty. We are really looking forward to dancing it out to this one this coming June!

Wu Wei is definitely a name you want to get familiar with if you haven’t yet already. We were extremely excited when booking Wu Wei onto our massive lineup for The Untz Festival coming up June 3-4 in Mariposa, California with Early Arrival Party on June 2. We are beyond excited for this one and can’t wait to see all the bass junkies there.