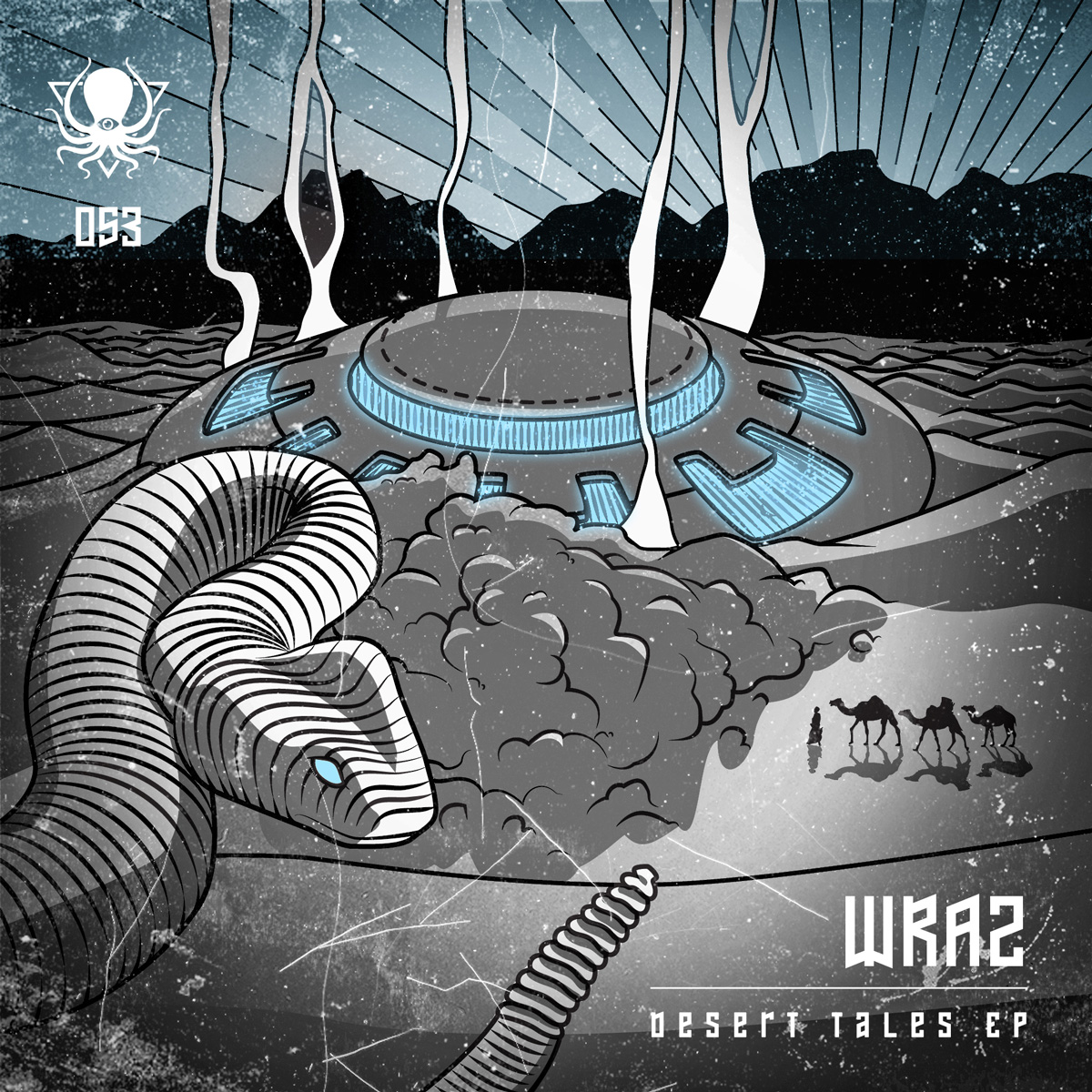 Although they hail from New Zealand, TRUTH has cornered the market on Canadian dubstep. With releases from Khiva, Abstrakt Sonance, and Distinct Motive under their Deep, Dark & Dangerous label, Tristan Roake and Andre Fernandez have sniffed out the best deep dubstep from our neighbors to the north for their world-renowned label.

To that end, the boys have linked up with Wraz. out of Sherbrooke, Québec. Christophe Pilon is an underground act with a growing brand, pushing his wares out of his eastern Canadian home outside the Montreal metro area. Speaking of eastern Canada, he went really far out east this past weekend with a date at Future Forest Festival in New Brunswick, which for the geographically challenged is the province perched right next to Maine.

Pilon sent a package of tunes over to the TRUTH camp, and the result is the Desert Tales EP, dropping August 6th on DDD. Eager to get my hands on one of these gems, I selected “Alienist,” which at first glance might appear to be connected to the little green guys from space. Actually, it's passé nomenclature for a psychologist, or more specifically, a turn of the last century term for a person who studies the insane. I'll tell you this cut made me insane with its deliciously moody drops and atmospherics that slice through the air like a guillotine.

You can pre-order this 4-track collection from Deep, Dark & Dangerous now.