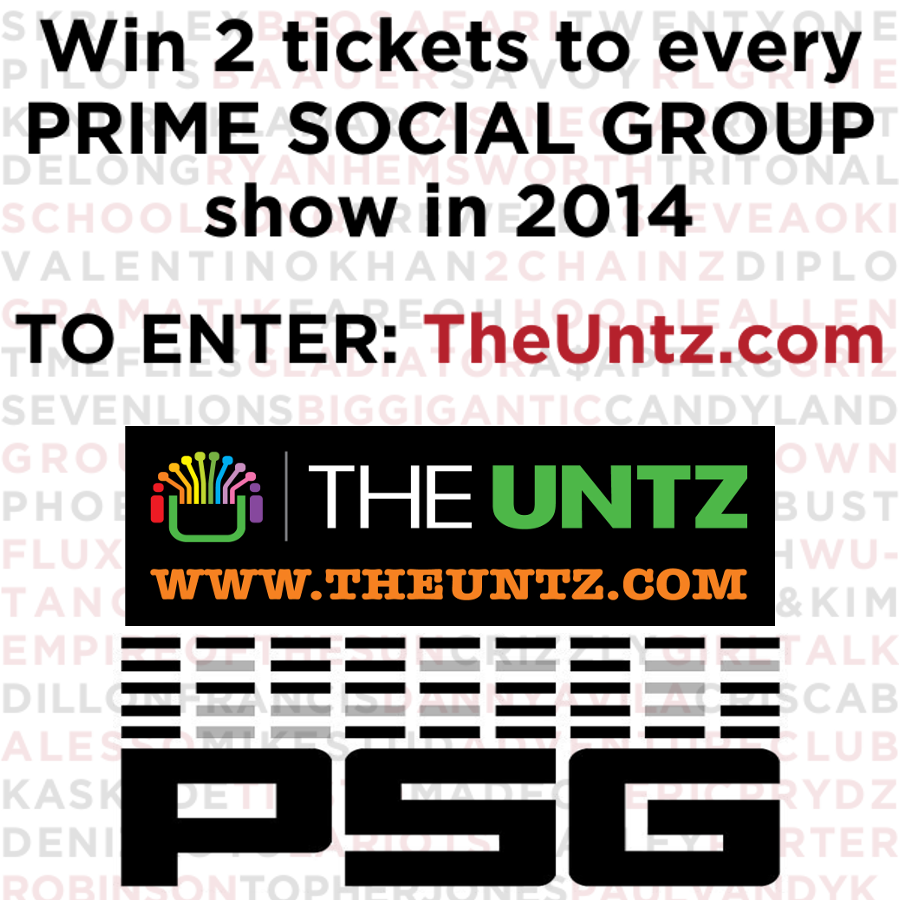 That's right. EVERY show. Midwest fans will rejoice, as Prime Social Group is one of the biggest promoters of dance music and hip-hop shows in America's Heartland. In fact, they've expanded from their Ohio home to put on shows in Madison, Bloomington, Urbana, Springfield, Charleston, Dallas, and more in 2013, and they're going even further in 2014.

What do you have to do to win tickets to every single PSG show next year? It's easy. Like us on Facebook, then follow us on Twitter. Then, you're going to go ahead and like Prime Social Group on Facebook, and follow @primsocial on the Tweeters. Simple as that! Make sure this Punchtab contest is properly entered, and then you can just sit back and wait.

In the meantime, we'll tease you a little. PSG is bringing ƱZ to Skully's in Columbus in February, then a couple of Excision dates in Cbus and Cincinnati in April. Between those shows, spring breakers have a chance to attend Electro Beach in Puerto Vallarta or Abroadfest in Barcelona this coming March. Hell, why not do them BOTH if you're our lucky winner? You can see Diplo, Valentino Khan, 2 Chainz, Deniz Koyu, Kaskade, Paul van Dyk, Rusko, Seven Lions, Gramatik, and MORE.

It's easy to enter, and you'll be kicking yourself if you don't. Game on.