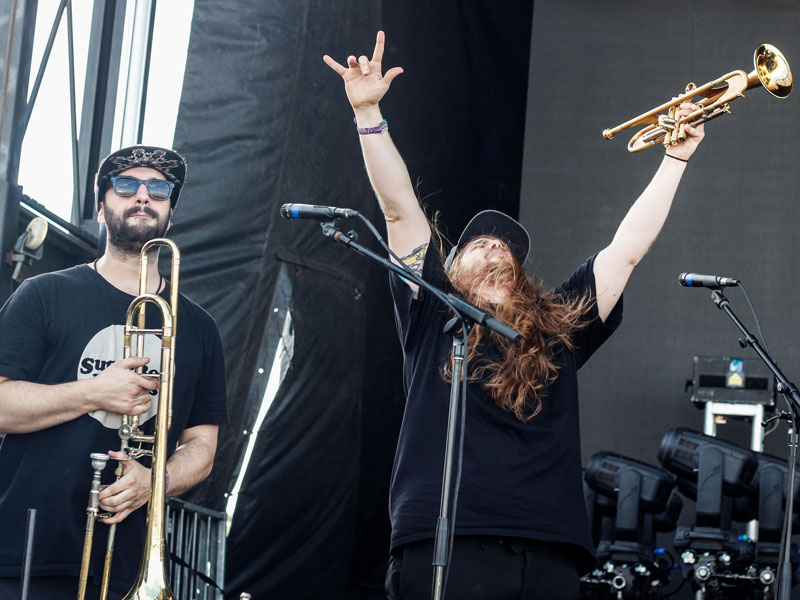 Cash rules everything around me. Or perhaps more aptly, the lack of it. For Willdabeast, the struggle is brutally real. Horn players Will Glazier and Dan de Lisle have had to split a lot of pots between them through various projects including Snug Harbor and Michal Menert & the Pretty Fantastics. And sometimes, that dollar doesn't stretch as far as they'd like it to.

Today they premiere the single “Nice Price” from the forthcoming Willdabeast EP, Life Worth Living, which drops March 28th on Menert's Super Best Records. This futuristic funky hip-hop tune has a subtle secondary meaning as enhanced by rapper Chris Washington a.k.a. Knuckleheadbanga.

“[Nice Price is a] generic term used to describe anything which is good,” Glazier explains. “It's also kind of a play on words though because price sometimes hurts artists a lot, particularly lower-tier ones like us.”

The laid back grooves are accentuated by Washington's peppery rhymes, and the real choice use of scratching (by Glazier, a wildly talented multi-instrumentalist) really lets the beat do the talking. It's quite a departure from the usual Willdabeast sound.

By why do I need to prattle on? I'd rather let Glazier's dad, poet Loss Glazier take over when he says “It puts your feet where they ought to be, subliminally mood-walking, a single empty gesture reminding you is all that glitters is not gold, but it is sound.”