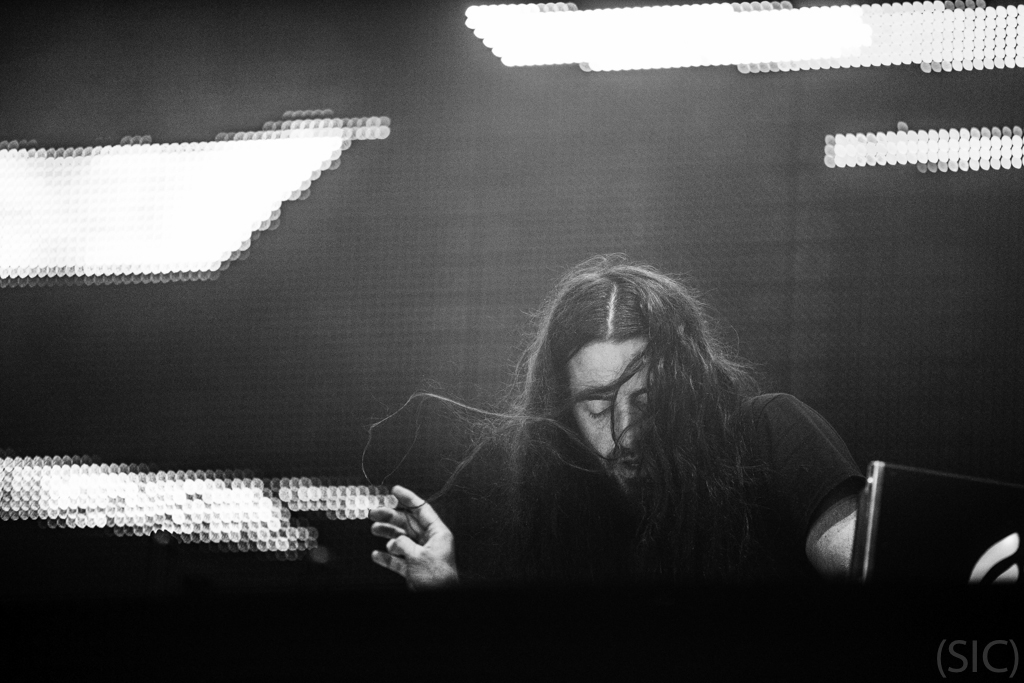 Since before the inception of TheUntz.com back in 2009, one of the biggest figures in our realm has been the larger-than-life, albeit down-to-earth DJ and producer Bassnectar. Already headlining festivals and selling out theaters by the time we were cutting our teeth in the underground electronic music scene, the powerful bass blasts and jaw-dropping effects of Lorin Ashton were legendary by the time we started sending interns to go cover those early, electric, and intimate club dates. Bruised and bloodied, looking like a 40-gallon bucket of road-wrecked shit, and grinning from ear-to-ear, our reviewers would limp back from Bassnectar shows telling everyone and their cousin they just witnessed the wildest show on the planet.

Trends have come and gone, and careers have been made and shattered at an accelerated pace in the fickle world of electronic and dance music over the past six years. How is it that one of the greats hasn't lost a step? And beyond that, how has Bassnectar grown so rapidly and continued to do so even without the magazine, television, and traditional print hype that your Top 100 DJ's might get?

An even bigger question: Will we see the likes of another Bassnectar (or something even remotely close)?

Our editor-in-chief, Anand Harsh, interviewed Lorin Ashton a couple years back, and compared Bassnectar to the Grateful Dead. Not just because they're both bound to northern California, indelibly, but also because of the roving packs of fans and diehards they've conscripted into their loving masses--all without the help of slick PR and Top 40 radio play. 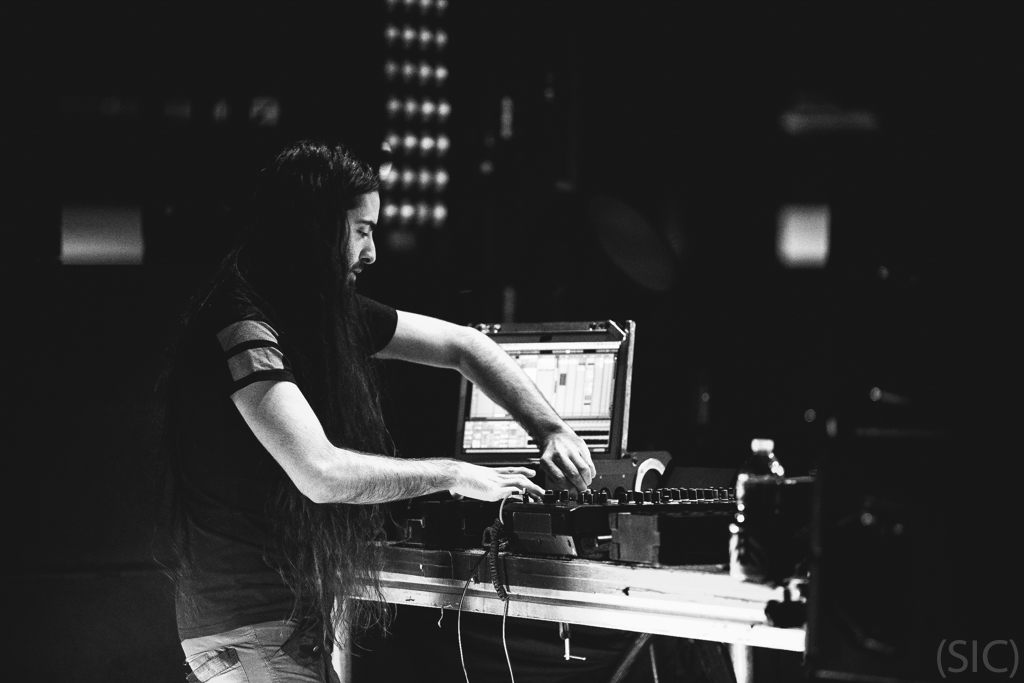 Like Pretty Lights, Bassnectar made big moves opening and playing after parties for The Disco Biscuits, The String Cheese Incident (when he was still DJ Lorin), and especially STS9. That relationship with Tribe helped bring Derek Vincent Smith's newly minted brand of glitch-hop and vintage sampling called "electro-soul" and Ashton's omni-genre madness to the festival circuit, which is where those two continue to deal their heaviest damage to this day.

In Smith, Lorin Ashton has found his closest comparison. Similar to Bassnectar, Pretty Lights has amassed a rabid fan base, assembled a cutting-edge stage show, and done it all without the help of the traditional gatekeepers of the electronic music realm. You'd never find Derek Smith or Lorin Ashton on long residences in Ibiza or at Hakkasan in Vegas. Rather, the pair have smartly aligned themselves into the annual two-night blowout in Hampton, VA known as BassLights, where both Bassnectar and Pretty Lights will once again return December 19 & 20 to Hampton Coliseum.

Where is that damn BassLights EP, though?

But that's mostly where the similarities end, as Pretty Lights focuses very strongly on his body of work, reinterpreting his own sounds with remixes, VIP's, or in some cases, live arrangements. Bassnectar, on the other hand, has managed to stay on the very bleeding edge of contemporary production techniques--first hitting hip-hop and glitch-hop hard in the mid-2000's, laying into dubstep before the turn of the decade, blending in the sounds of trap in the early teens, and all the while honoring the gods of drum and bass.

Why do the mainstream outlets shy away from Bassnectar? He hasn't popped up as the interstitial DJ at the VMA's like Deadmau5 did back in 2010. He isn't hounded by paparazzi, and he hasn't suffered any exposés in DJ mags magnifying his Twitter feuds with so-and-so, and detailing his luxurious, multi-million dollar Hollywood Hills pad (which, to our knowlege, doesn't exist). Simply put, he doesn't play into their games. There are no beefs, no high-profile appearances or collabs with DJ Paris Hilton. Quietly, and without fuss, he's managed to escape both the scrutiny and ire of tabloid journalism, yet continues to grow in popularity, even more steadily amongst the youngest demographics of electronic music fans. 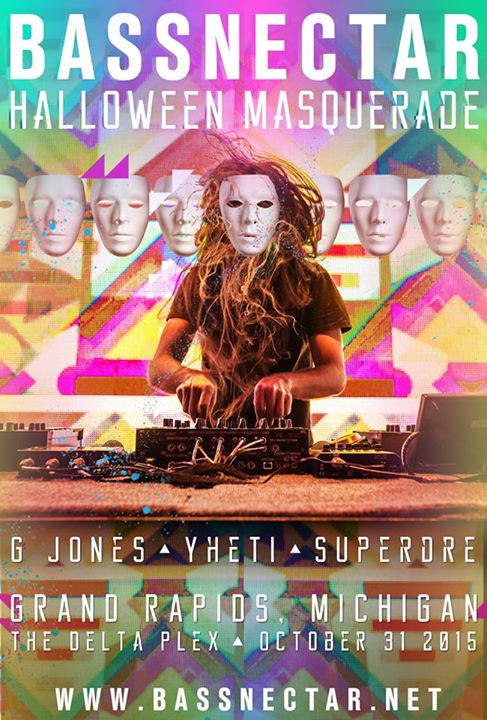 It's amongst that new generation that Ashton has fostered some of his closest allies. For years, Bassnectar has been sporting some of the latest Minnesota sounds. He's collaborated with G Jones, and given young Yheti the spot of a lifetime on the Grand Rapids, MI Halloween show at the end of the month. These young producers and experimental artists have at least a chance of capturing some of the energy and intensity Bassnectar has bottled in his fan base.

Speaking of guest roles on major showcases, the closest comparison yet to the utter madness Lorin Ashton has cultivated in social media buzz and ticket sales is not a protégé of his, but rather, an inspiration from way back when. Many who have watched Bassnectar grow into the superstar he has become can chart his artistic career into the pre-Tipper and post-Tipper periods.

Few will deny the influence Dave Tipper has had on Mr. Ashton. The latter's nod to bring the former under the spotlight on New Year's Eve in Nashville, TN at the end of 2014 see it as a deep bow of gratitude from Bassnectar. In terms of the maniacal fan response to limited tickets, intimate dates, and special sunrise sets, and general demand for the godfather of glitch-hop, the closest thing we might have to Bassnectar is actually Tipper.

But Ashton is selling out arenas, and that should have at least raised some eybrows. One night is not even enough in most cases, as he's got to get the place for a weekend, or in the case of Red Rocks, for three nights in a row (unfortunately for the last time in 2015, due to sound ordinances). It's one thing to sell out one of the most iconic venues on the planet, but for three nights in a row? 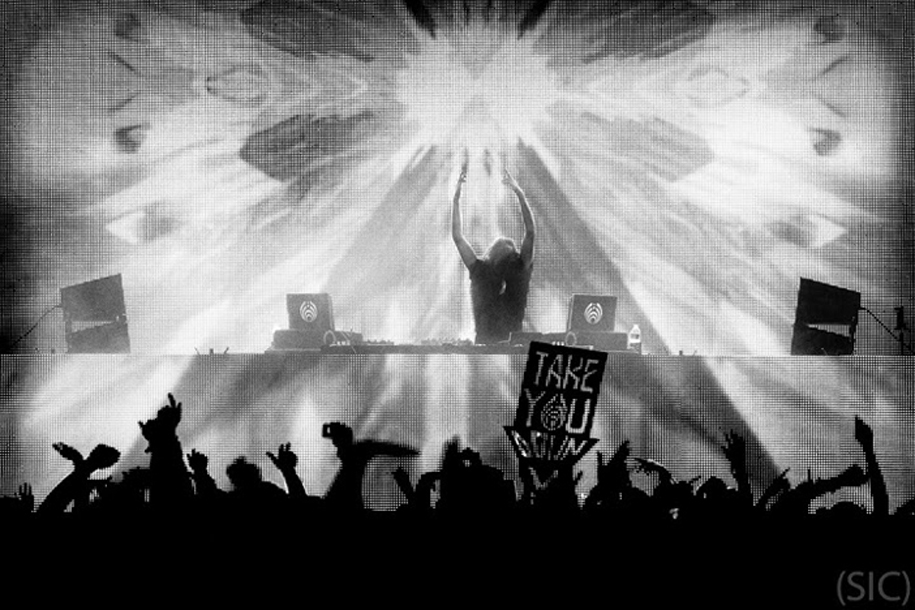 This comparison to the Dead is sounding pretty, good, right?

The bottom line is, you probably won't see Bassnectar collaborating with Martin Garrix, and hitting the top of the charts with some pop tart. The underground star will probably forever remain a star below the radar.

Don't suppose you'll ever turn to Page 6 and learn Lorin threw a drink on Justin Bieber at a club, or was photographed early one morning leaving an A-List party with a mustache full of coke boogers. For Bassnectar it always has, and always will be about the music. We'll let you know if we see a star rising from the ranks of eclectic producers we love to watch. Trust us--we'll tell you. Because it's not like anyone else will.

In case you're still wondering, the short answer is "no."