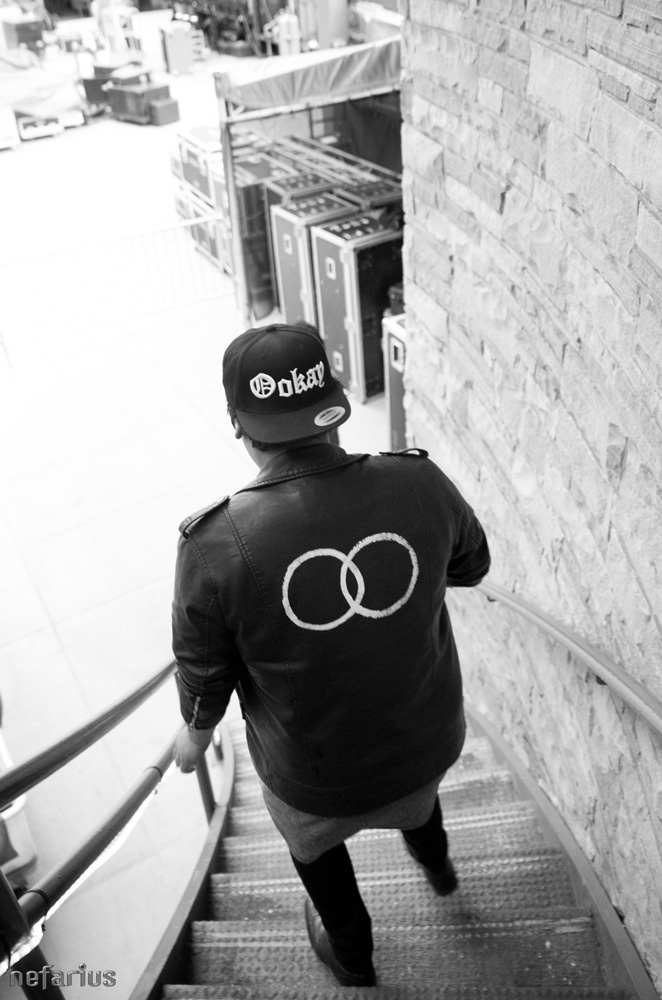 It has been said that both on and off stage, Ookay's musical talent knows no bounds. After having the privilege to find out firsthand, I wouldn't say otherwise. I got the chance to walk through his warm-up with him before playing Global Dub Festival at one of the most iconic venues on the planet: Red Rocks Amphitheater in Morrison, CO on Friday (May 15) with other superstars like Excision, Zomboy, and Yellow Claw.

After trekking around the grounds of the amphitheater, I met up with his manager Jenks who brought me back to the artist's lounge. After being introduced to Ookay, we took a little time to throw back some shots and chat. Then, it was time to amp up for the stage. Ookay tells me he has a pre-show ritual and asks me to film it. I quickly hit the record button and find myself watching him dump a load of ice right on his face!
Then, with a walk of confidence, Ookay makes his way towards the stage as Must Die finishes up his set.  Soon enough after a quick setup, Ookay's show begins. It's becomes very evident to me that not only is Ookay a brilliant artist, but also as a DJ, he really knows how to entertain the crowd. He dials in his first track before even showing his face to the audience. He hides back stage, talking to them and teasing them but a few beats in, he appears before everyone and the crowd explodes.
With an exciting set of trap music and smooth transitions, Ookay's set was electronic magic. The audience was alive with such a high level of energy. The crowd pleaser that he is even left the stage for a few moments to sing with everyone. His connection to the audience was phenomenal and I could see everyone was having a really good time.
Unfortunately, before anyone was ready, it was time for the next artist. Ookay ended his performance with a family photo with the crowd. I understood at that moment what truly makes him so successful.  Aside from his obvious talent, Ookay really has a way of connecting with his people, and he truly appreciates each and every one of them. 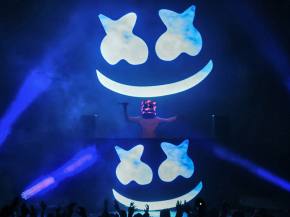 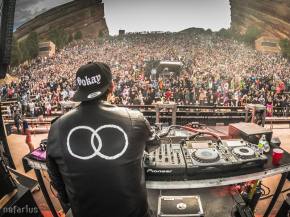 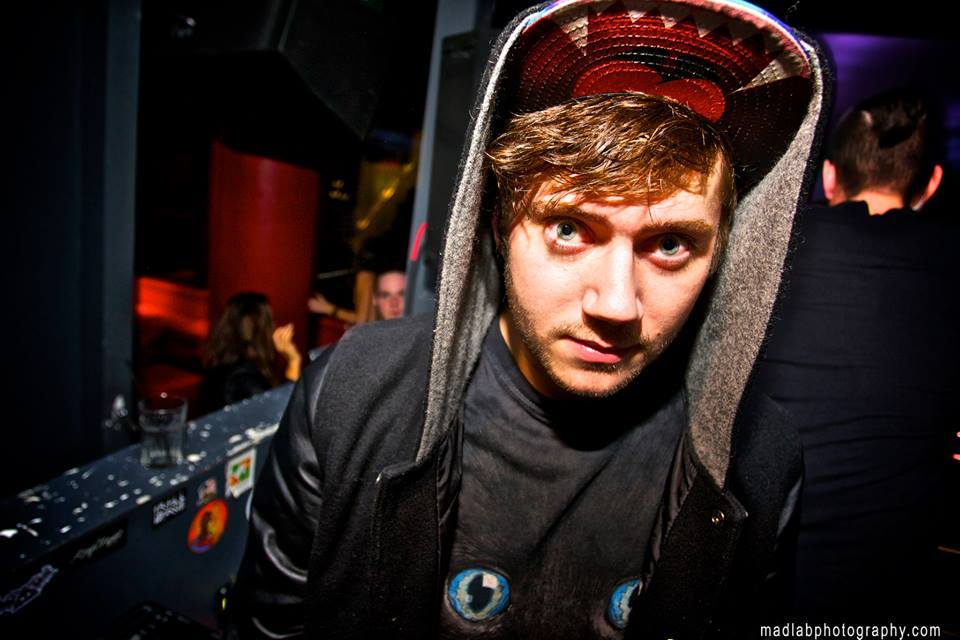