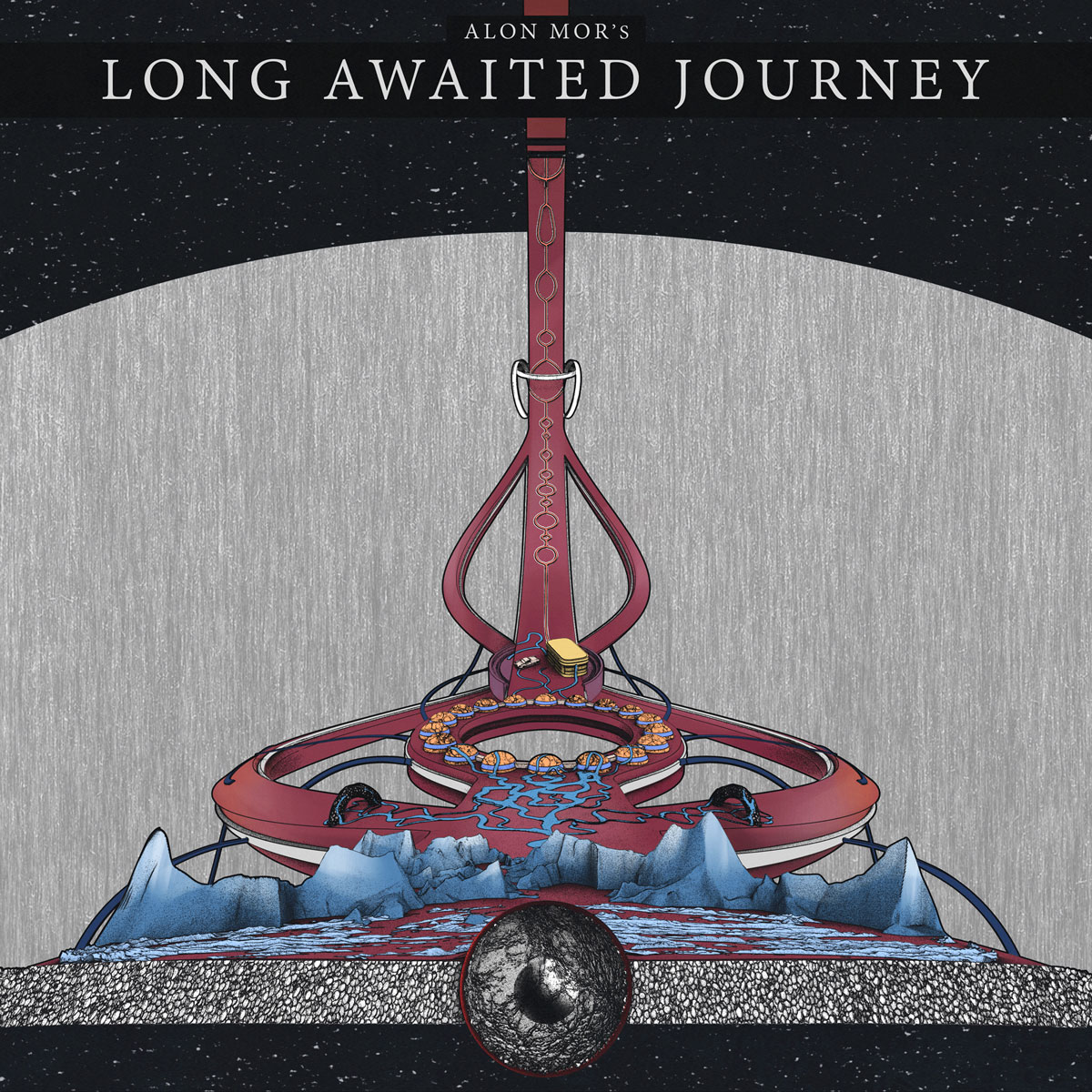 It's with great pleasure we take a deep dive into this Alon Mor album, Long Awaited Journey, with high expectations already in motion through the album's intro track, “El Despertar.” Sounding like a hybrid of a John Williams and Danny Elfman score, as applied to a nightmarish Lewis Carroll story, the album immediately draws the listener in a cinematic experience, slowly revealing that is has more to offer than just simple songs. Leading into “Mania,” a few moments of jungle breaks set the mood for a hefty neuro drop, before vanishing into further cinematic territory which sounds incredibly timely for your sophisticated avant-garde Christmas dinner party playlist. Alon Mor is no scrooge though, as he really gives us all he has in his version of A Christmas Carol, and in this article, the author aims to thoroughly back up his wild claims.

The neuro / classical / electro / cinematic / textural / glitchy approach to song-writing establishes the overall structure of the album; a dichotomy of debaucherously heavy moments and deific orchestral outbursts of sound, and all that comes in between. Huge stoic builds stretching for minutes lead to explosive releases, sometimes through beat-shattering drops or silence, purely aided by an authentic sound of crying. This can be heard throughout one of the album's most precious songs, “Presodeous.” The use of the human voice is further highlighted as the album's conceptual narration is aided by Mor's well-placed spoken word cuts, with a wistful vocal tone that is reminiscent of the similarly melancholic acapellas of Mikee Goodman of the legendary prog metal band, Sikth.

This is apparent in the opening line, “Let's do something crazy tonight, she whispered. When the unusual seems usual, things start to get interesting,” and the sound of a bike's engine starting in “Holly's Necklace.” What follows on this track and “Late Night Skyline” are a number of fun and danceable moments which presumably reflect the main narrator's female lover, and the latter song is one of the most cohesive compositional blend of instrumentality and synthesis on the album, while presenting beautiful juxtapositions of melodicity and almost atonal moments of lethargy.

“Early Morning Winds” is another sorrowful and rich composition, combining pianos, strings, guitars, horns, and haunting pads to create a 'date with Dracula' type of scenery, for you to enjoy on a moonlit dinner table. There is a sense of bipolar tendencies within most of these songs with manic mood swings occurring often as a testament to a mind in turbulent upheaval.

Long Awaited Journey is likely to be one of the most ambitious experiments in the realm of recent avant-garde music, be it to bridge classical and electronic music, or produce a landmark and genuine piece of art. This is evident in Alon Mor's statements at the beginning of “The Midelar,” confessing his worry of whether he has actually achieved anything, and if he can “manage to look back and smile.” This conceptual theme of chasing an ideal becomes increasingly evident in the later songs, and Alon Mor's journey to join the league of men who reach and cross the bridge towards success-led happinesss is put to a colossal test in “Tyche's Singing” as the story's antagonist tosses a coin to decide whether he is the one who will “cross the bridge,” before finding solace in the coin's rejection of his plea to move beyond mediocrity, and the realization that this bridge only exists in his mind and it does not have basis in reality.

With this weight off his shoulders, the roles are switched and Alon Mor is now the character who whispers in the lover's ears, saying “Let's do something crazy tonight.” This immediately lifts the deep introspective vibe of the record, as the fun and groovy first half of “Los Recuerdos” demonstrates the true happiness of seeing beyond "the artist's ego". What entails in the second half seems like a fast-forward retrospective prism of a future old self, looking back to see that he had in fact become a man who crossed the bridge as he learnt how to embrace a true sense of happiness and being content.

Finally, the album deals with the concept of death, with the coda, “Halpfire Harmonies,” demonstrating the lead-up and process of eschaton, with cinematic layers such as a distant "we need a medic" line, perfectly mood-setting chord progressions, and a decaying heartbeat / kick drum presenting the transition into morbidity. Alon Mor departs the eternal Long Awaited Journey in the final song by ending on a giant soul-ascending rise into the oblivion of spacetime.

I have to admit that I listened to this album a number of times until I finally understood what I think is the story behind it, the general idea of which I have presented in this article. Conceptually, this album is crafted in a highly intelligent manner, forcing the listener to think with numerous layers of complexity, depending on your extent of immersion. The songs are unmistakably unique to Alon Mor, as magical minutes of orchestral ruckus blend with intricate sound design and mixing, and his signature foley-ed up snares literally crumble to pieces on every hit. Emotionally, the album deals with primal concepts of legacy, love, and mortality, and these sentiments are clearly expressed to a keen ear in a story-lined and guided album format.

The modern masterpiece is almost flawless, and one of the only possible avenue where the album may seem inaccessible is that some changes are slightly erratic, and while this fits the narrative of the album, it also hinders its cadence; a factor which may be an issue if you are after loop-based dance music. However, if you are for the unexpected, something that literally makes you think beyond the confines of its aural expression, Alon Mor is the most crucial album you need to hear this year. Long Awaited Journey's blend of classical and futuristic production and tale of a character's whole lifetime is a true ode to being considerable as 'timeless' music.

Out of curiosity, the author asked the opinion of a number of other listeners about this album and one replied that "[it seems as though] Alon Mor has taken harmonic influence from some of Russia's eminent circa Bolshevik composers. Seething with emotion and mysticism, it sits on the outskirts of our aural experience". Another replied that the sound goes "beyond any particular temporal belonging as there are elements of past, present, and 'future time' heard here. it's a 'cinematic' and visual 'journey' sound done well." Others also mentioned that they where immediately immersed in an unescapable full album experience, and that the album "is next level, except that it's kind of its own level". To the author, these above sentiments are understandable and I welcome more dialogue about the album; whether it is to criticize or present your take on the album's story, we're keen to hear more opinions about this release.

Recommended for fans of Igorrr, Bell's Worth & Fantomas, or the stranger side of ethereal movie OSTs. Long Awaited Journey is now available for Name Your Price download on Bandcamp.