I suppose it goes without saying that The Flaming Lips are on board with Wakarusa, but the really big news is that Bassnectar will be topping the bill, once again. He'll be joined by Rusko, The Floozies, HeRobust, Robert DeLong, Random Rab, ill-esha, Govinda, Manic Focus, and many more.

These names are all added to the Round 1 lineup, which consisted of STS9, Umphrey's McGee, DJ Snake, Papadosio, Cherub,BoomBox, ill.Gates, Alvin Risk, The Knocks, Phutureprimitive, Break Science, Buku, Up Until Now,Thriftworks, and plenty of non-EDM delights.

The final round of artists will be announced January 16th. Stay tuned. 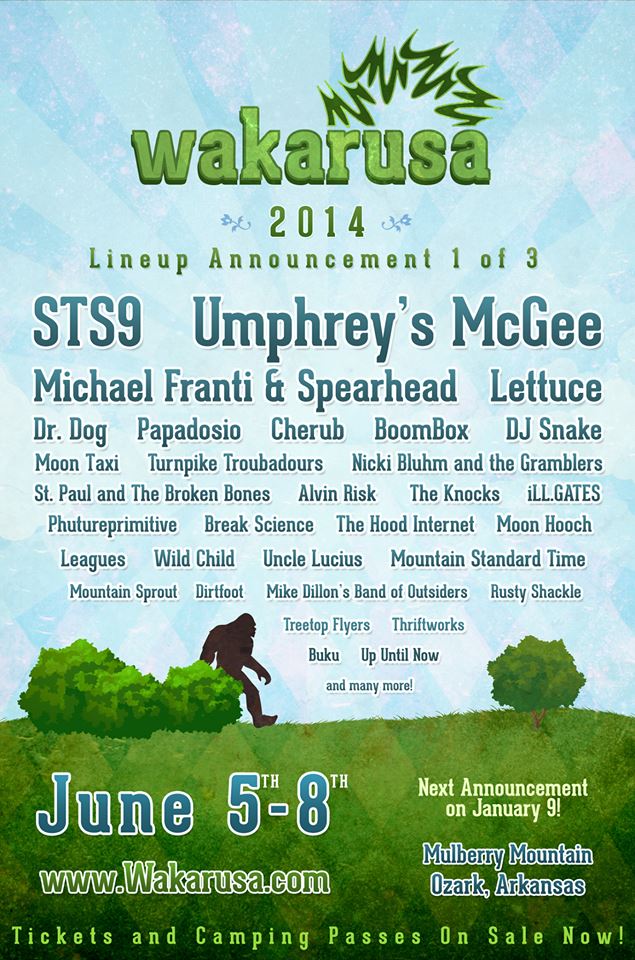