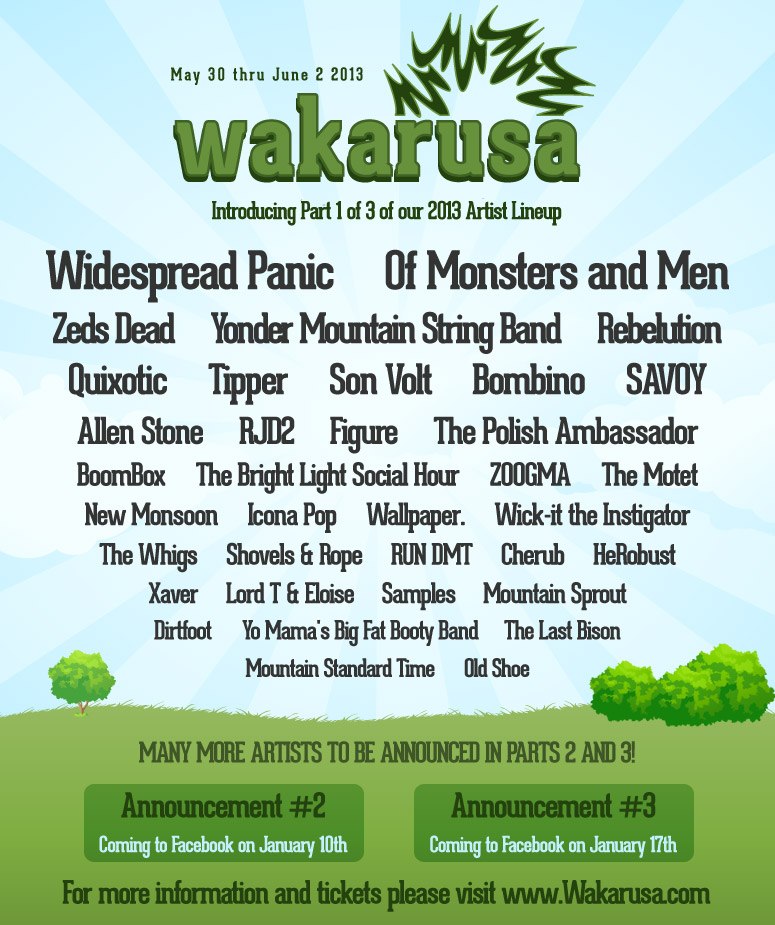 It's hard to believe it's already been 10 years since the first Wakarusa Festival in the Great Plains, but here we are, the first week of 2013 and the organizers of the festival have once again laid a balanced attack of jam, indie, hip-hop, and of course, electronic dance music. So far, we are impressed with the eclectic nature of the lineup, pairing old standbys like Zeds Dead with more experimental performers like Tipper, The Polish Ambassador, and RUN DMT. Also making the first cut are Untz faves SAVOY, Wick-it The Instigator, FIGURE, BoomBox, and heRobust. High-flying performance art act Quixotic is getting an even higher billing this time around, as well.

The annual camping and music festival, which now takes place in the Ozarks, will once again be the weekend after Memorial Day in late May, early June. Expect more artist announcements on the 10th and 17th of this month. And expect a lot more EDM.