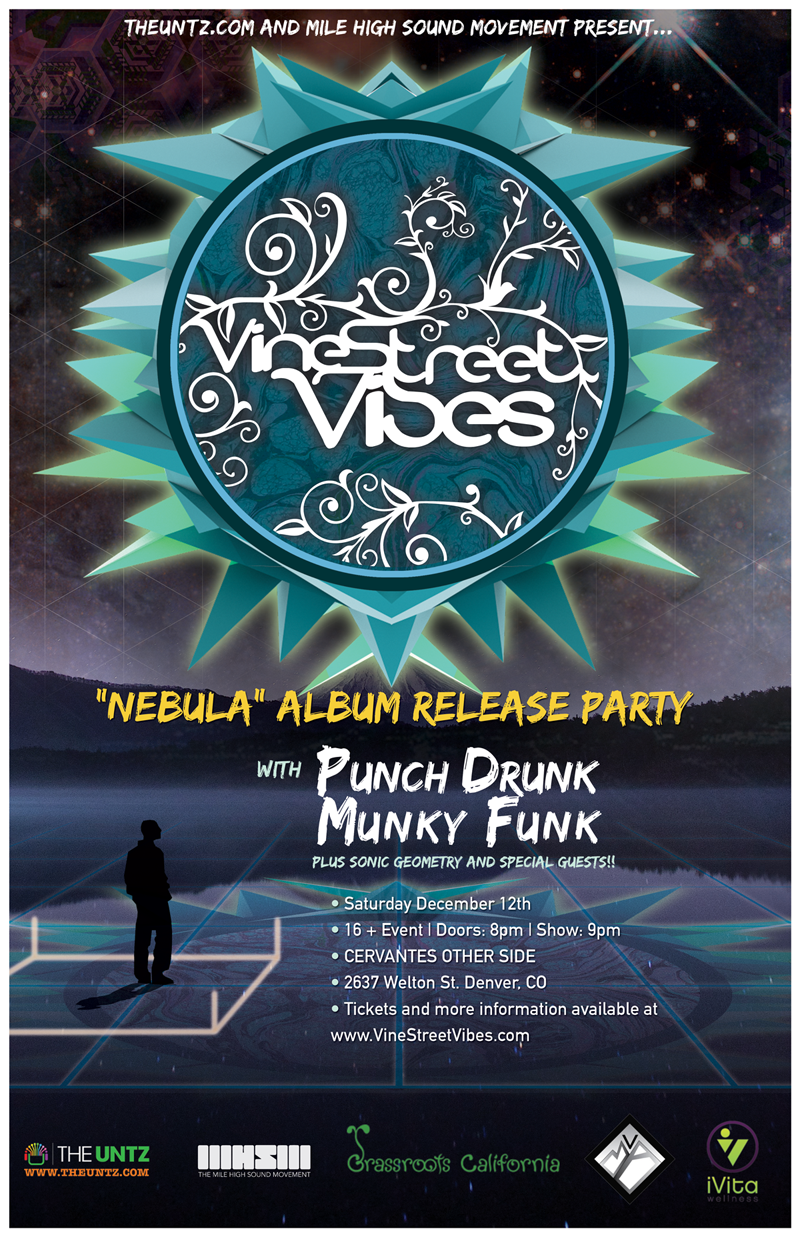 Electro space funk act Vine Street Vibes is bringing its jamtronica sound to Cervantes Other Side in Denver, CO on December 12th to celebrate the release of its new nine-track album, Nebula, which drops on the same date.

Vine Street Vibes will be joined by local and regional favorites Punch Drunk Munky Funk and Sonic Geometry, as well as some special guests to be announced.

The Denver-based five-piece has been touring around the state of Colorado this fall on a tour sponsored by The Untz, and has joined forces with TAUK and Kung Fu along the way, with a Greener Grounds double-date on the horizon in Frisco, CO.

Through hard touring, the band has tightened up its sound, considerably, which fans will be able to hear with the new Nebula release.

The band has amassed a huge following in the state, recently selling out their last appearance at The 1UP on Colfax in Denver. That recording has now been made available so fans can re-live that crazy night.

Last year, the band released its album Spaceship Earth, and the follow-up Nebula is the next step for a band on the rise.

Visit vinestreetvibes.com to stay up-to-date on tour dates and to hear previews of the new record. 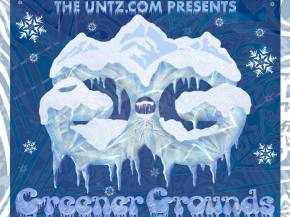 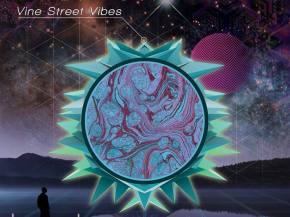 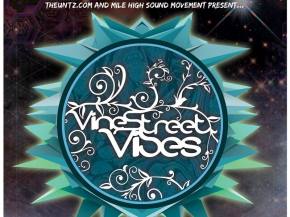