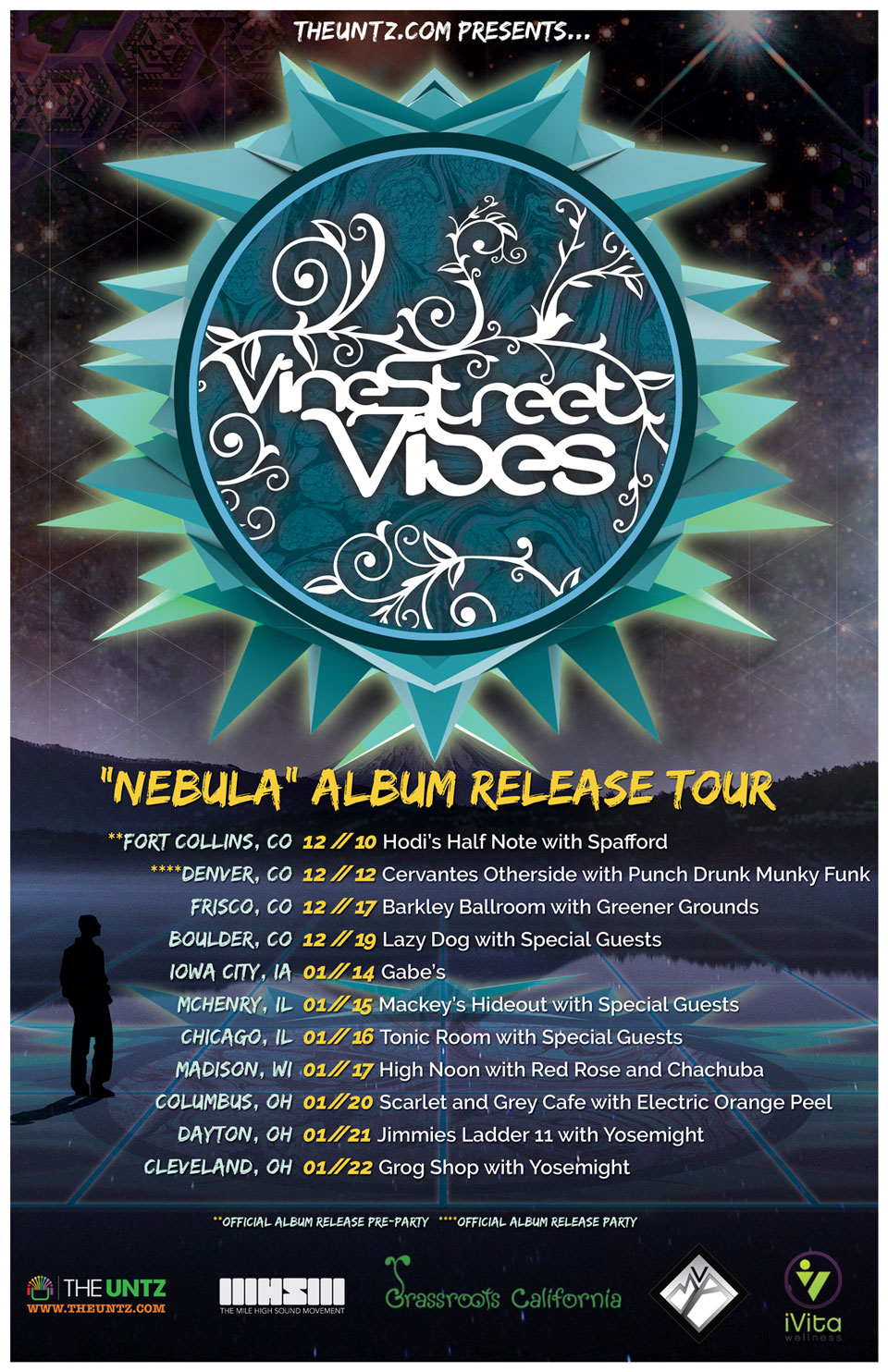 Denver's electro space funk quintet Vine Street Vibes is counting down the hours until its album drops on December 12. Today, TheUntz.com premieres the title track from the record, Nebula.

With its mind on the funk, and its technique locked down, Vine Street Vibes takes livetronica to the next level with this latest single. A Latin breakdown and a fun flavor, throughout, VSV is really going to impress new fans out on the road this winter.

To celebrate the band's forthcoming full-length, this high-energy five-piece is hitting the road in mid-December, and picking it right back in up in mid-January.

There will be two album release parties in Colorado this week. The first hits Hodi's Half Note in Ft Collins, CO on December 10, and then the guys cruise into Denver, CO on December 12, the album's drop date, to play Ceravntes' Other Side with Punch Drunk Munky Funk, Evanoff, and more.

As a reminder, there's a special deal from Vine Street Vibes for the band's release party. Fans can purchase a pre-sale ticket (free of service fees) for $8 directly from the VSV Bandcamp page, and they will receive a physical copy of Nebula upon arrival at the Cervantes box office. Two more dates in Colorado follow with more special guests.

The band then heads into the midwest in January with dates in Iowa, Ilinois, Wisconsin, and Ohio. On tour, the guys will be joined by Greener Grounds, Chachuba, and Yosemight, among others. It was also announced yesterday that Vine Street Vibes will be performing at The Untz Festival in Mariposa, CA from June 2-4, 2016, so you're not missing out, California. We'll see you there. 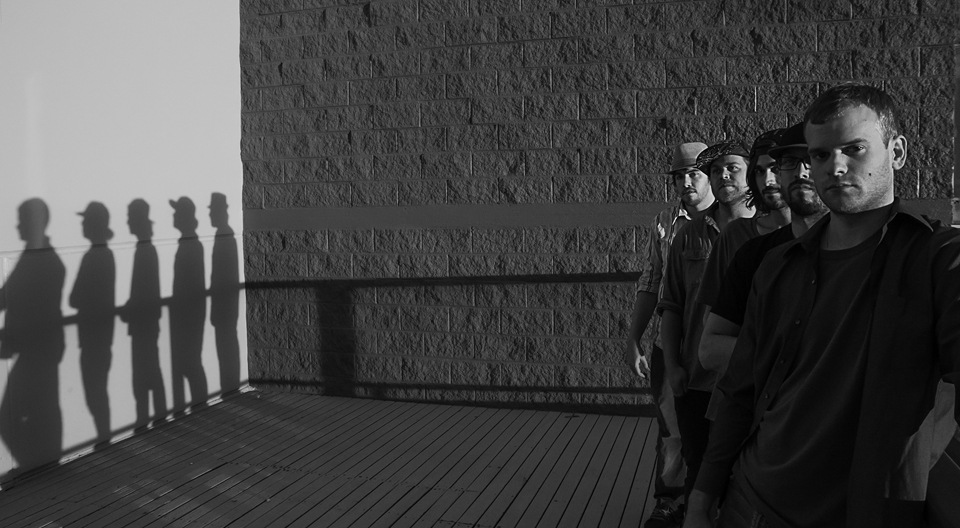