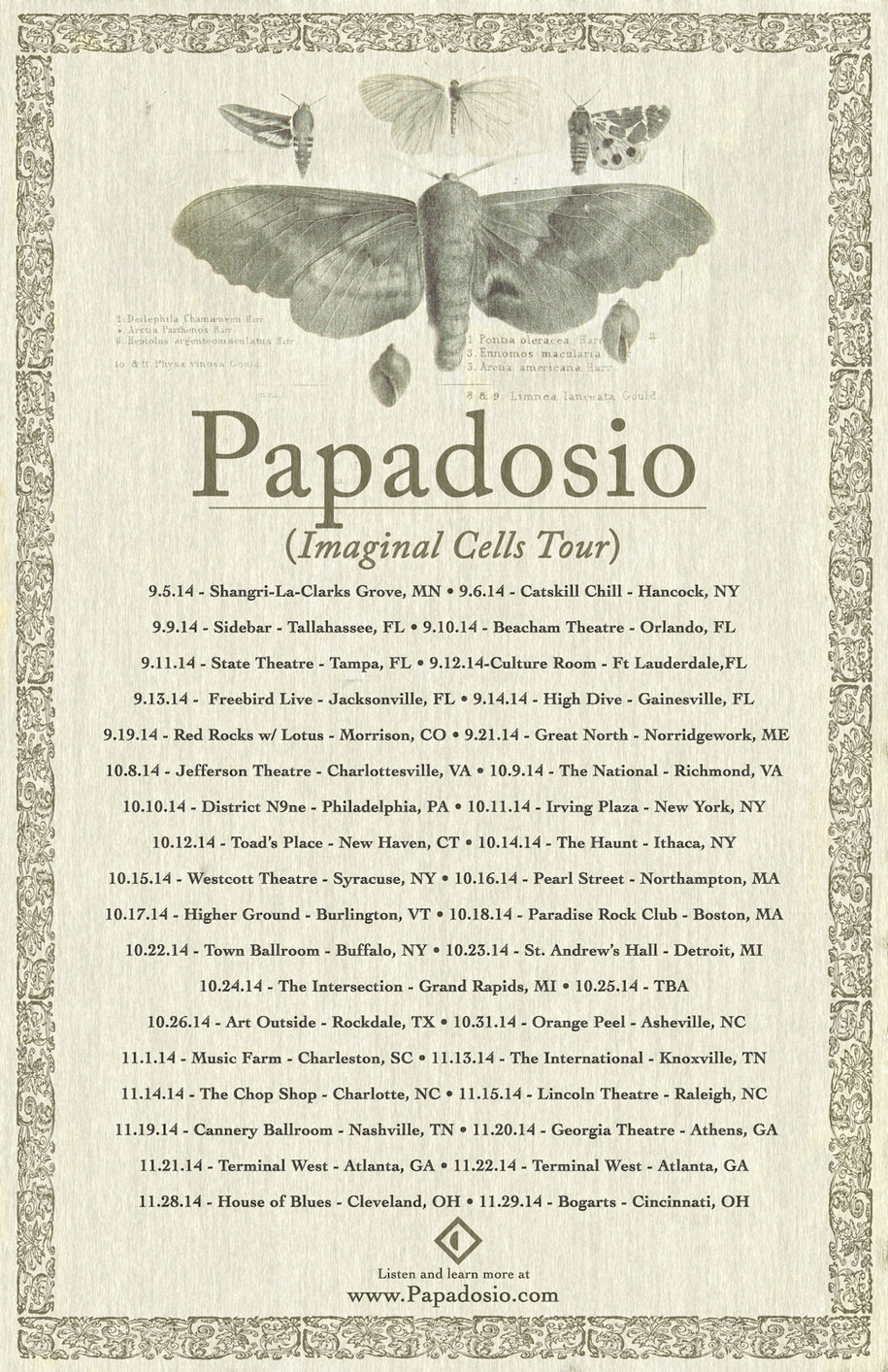 The Night & Day project from hybrid rock and electronica outfit Papadosio has demonstrated the five-piece has unlimited potential stretched out before it.

Guitarist Anthony Thogmartin, bassist Rob McConnell, drummer Mike Healy, and brothers Sam and Billy Brouse on keyboards, in an effort to give fans a closer look at the inner workings of the band as it records its new album live in a gorgeous Appalachian cabin, has elevated expectation and met it, as each subsequent release becomes its own discrete animal in this piece-by-piece release format.

Having heard whispers of 70's prog, acoustic beauty, and straight-ahead jam, I was surprised and delighted to hear a triumphant rocker. With a chorus, climax, and breakdown I can only describe as having Weezer qualities, "Dream Estate" is like a mid-90's indie skeleton with a tight jam core.

With each of its pieces firing on all cylinders, it's hard to avoid using the word "tight" to describe the lockstep each member finds in one another. And the fact that there's no singular "Papadosio sound" to point to, makes it that much more difficult to pin these boys down. Which is clearly part of the plan.

With the big Red Rocks date on the horizon (Sept 19 with Lotus and Orchard Lounge), Dosio sets its sights on the Imaginal Cells tour, dominating the south, northeast, and midwest this fall.

Night & Day (Part 1) is officially out September 9, but you can pre-order the album now!