Since the inaugural Rothbury Music Festival back in 2008, Sherwood Forest has been a place of sanctuary, community, and at its core—magic. This year’s Electric Forest incarnation beckoned music lovers from all over the world to the fantastical woods at the heart of its site. 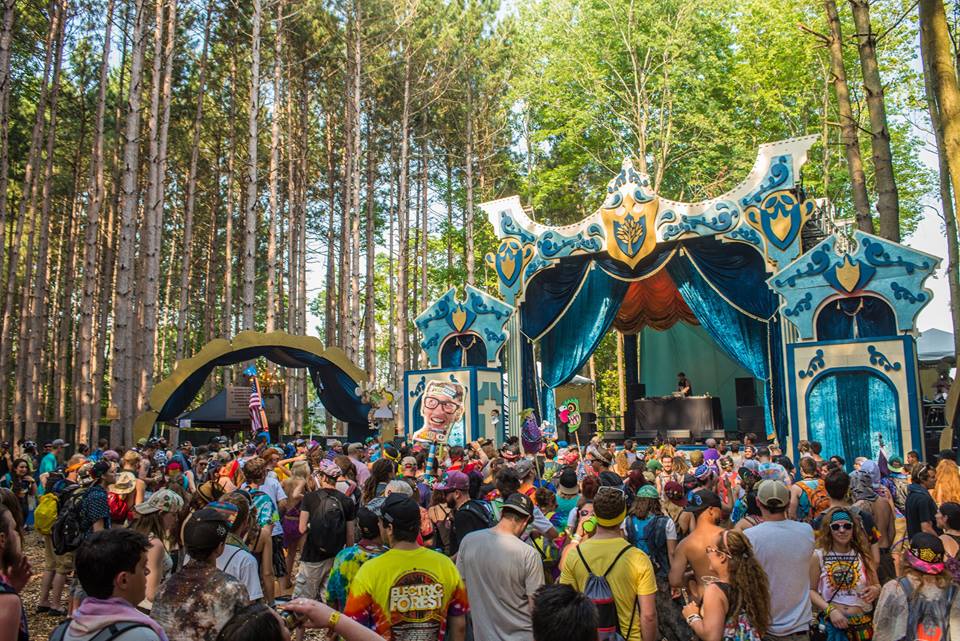 Boasting an impressive five sets during his Electric Forest debut was the versatile electro-soul and hip-hop producer Ben Davis, better known as Vibe Street. With one of his slots in the Silent Disco, the self-coined “grass-hop/future-folk” artist unleashed his massive Pretty Lights Tribute, which he has made available via MixCloud.

Opening with the somewhat lesser known remix of “Savages” by Five Knives, the Pretty Lights Tribute mix immediately grabs your attention without any promise of letting go. Mash-ups of both classic and fresh tracks can be heard throughout the entire release, such as “Sunday School in the Dark,” a new take on the “Sunday School” and “So Much in the Dark” originals. In a similar fashion, “Pop Quiz of Illusion” and “Drift Away the Cold Feelings,” provide a goldmine of endless feels for Pretty Lights and Vibe Street fans alike.

In classic PL style, the new Vibe Street release shifts seamlessly from groovy to downtempo. From grimy to beautiful. From funky to ‘turned up.’ Not only does Davis tastefully span the entire Pretty Light’s catalog with his hour and a half mix, he includes mash-ups with current and former Pretty Lights Music artists such as Michal Menert, Eliot Lipp, Gramatik, Break Science and more.

Considering his ample support and overall acceptance, stay alert for more original Vibe Street releases in the future or you’ll be missing out!