This year, the Austin, Texas festival Euphoria is boasting some big names in addition to a host of new arrivals on the scene. One of those up-and-comers, Vibe Street, has put together an exclusive mix to prep you for April’s festival. This installment of the Road to Euphoria series features solely Vibe Street material, including three previously-unreleased songs. 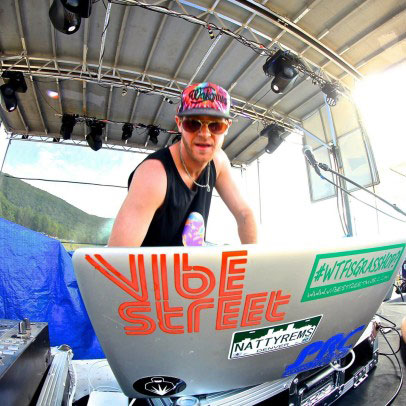 Producer Ben Davis is a leading figure in Denver’s lush electronic music movement, and the influence is obvious. But he expands on the Mountain Music sound by incorporating blues, folk and notably, bluegrass. He delivers a peerless blend of genres that he’s dubbed “Grass-Hop/Future-Folk.” And while bluegrass is admittedly a niche preference in the EDM scene, you can’t deny the man’s skill as he swings from a laidback track to something heavier and funkier that would kill it on any dance floor (the 10:30 mark, if you’re interested).

I can’t wrap my mind around the ease with which he transitions—he’ll go from a totally mellow bluegrass remix, to electro-soul, to verses by Biggie. This mix features everything from glitch to old-school Chicago blues, and even some pitch-shifted Tom Petty samples, without ever jarring the ear.

If you’ve got 45 minutes to spare, definitely give this one a listen and get on the Road to Euphoria.