[TICKET LINKS AT BOTTOM OF ARTICLE] 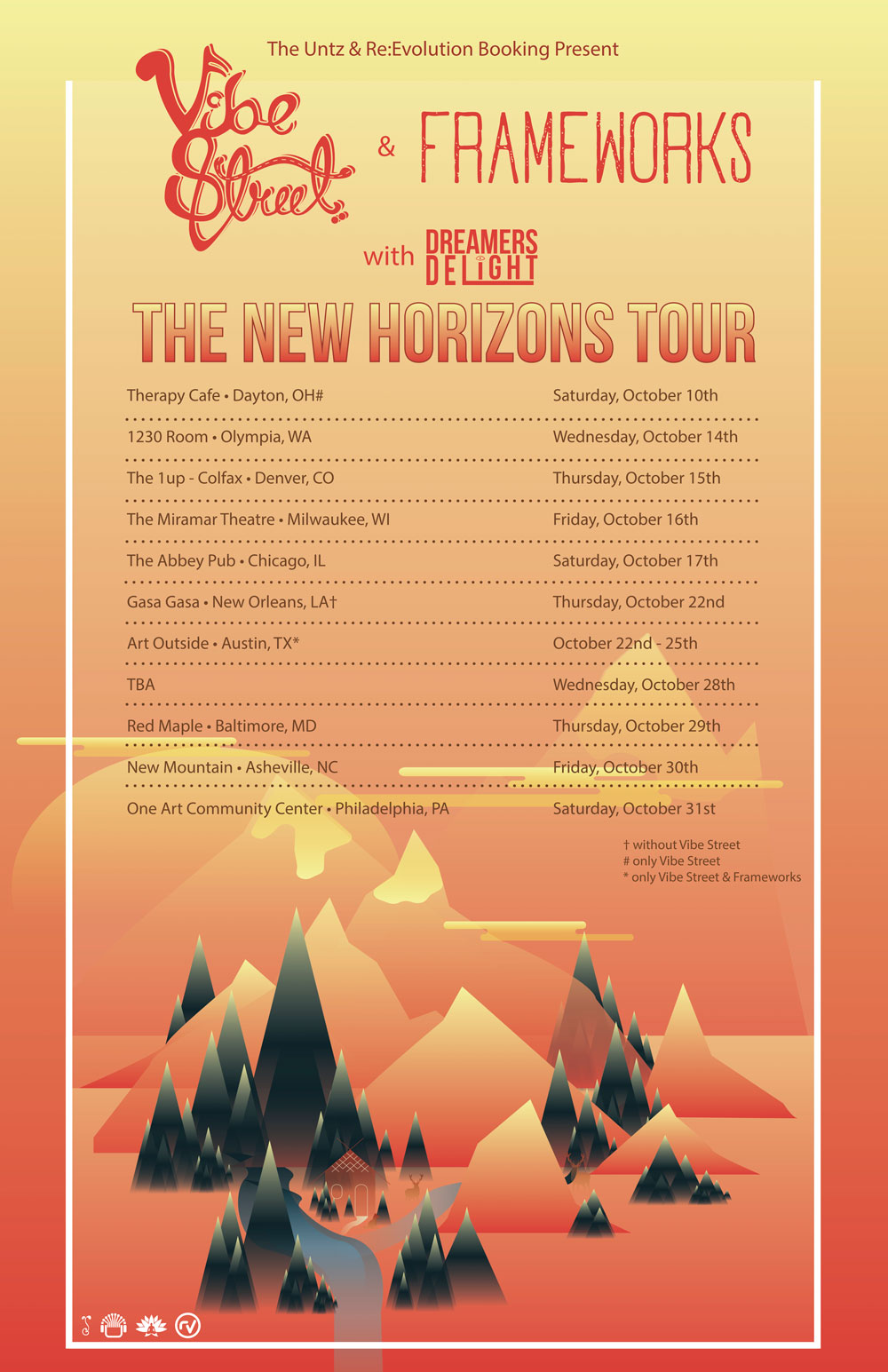 Vibe Street's Ben Davis is coming off a stunning 5 sets at Electric Forest. The young producer has crafted his own blend of electro-soul and Americana, which pits bluegrass against bass, Delta blues against dubstep, and has capitvated fans across the country in a short amount of time.

This fall will mark Frameworks' US debut. Matt Brewer is coming across the pond from Manchester, and bringing with him the lush instrumentation and hypnotic hip-hop of his debut album, Tides. The album has absolutely blown up here in the States, and just last week, the Frameworks reworking of the title track from Dusk To Dawn led off Emancipator's remix album release, which featured contributions from Odesza, Little People, Eliot Lipp, and more.

Rounding out the touring trio is Dreamers Delight, who just recently made his live performance debut at Electric Forest, and that same week signed to Gramatik's label. Reed Krafft will be making his Lowtemp debut on July 21st with the EP, Awake. Fans have already been going crazy for the lead single "Olives," which has amassed tens of thousands of plays in the short time it's been live.

The tour itself covers the US from coast-to-coast, lining up dates in the Pacific Northwest, the southeast, midwest, and Texas. TheUntz.com is a proud supporter of the run, and will be providing exclusives, interviews, and more from the artists as the lead-up to the run heats up. Tickets are on-sale now, so grab them up before they're gone.