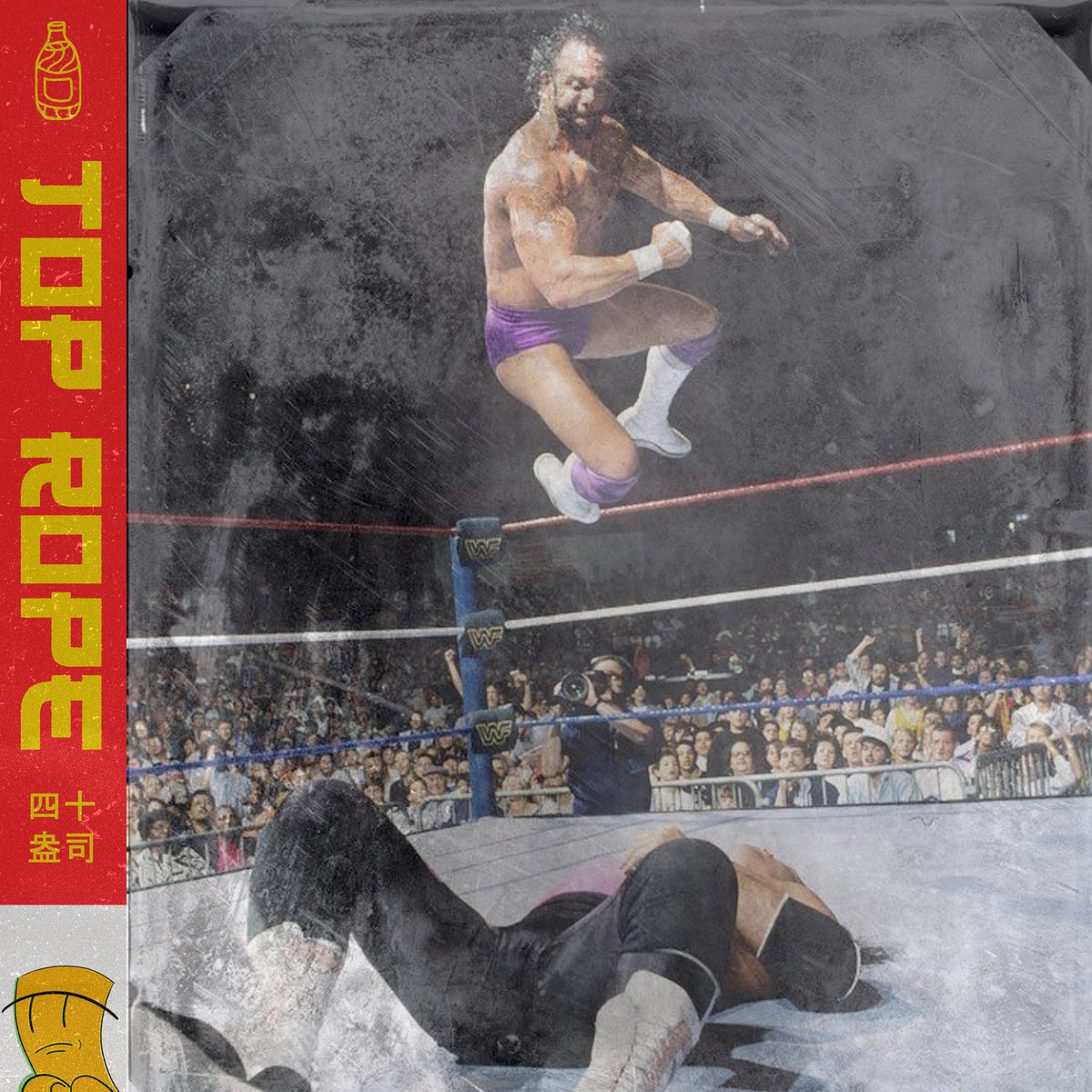 A 40oz Collective has been bottling and repackaging the hottest bass talent in the country from its Florida outpost, and today piledrives the scene with some major names that are playing The Untz Festival this summer.

VCTRE, tiedye ky, and G-Space are among the contenders who have entered the ring on Top Rope, a raucous comp that took some wild Duke Blazer samples and a penchant for wrasslin' and whipped into into a neck-breaking cage match of epic proportions. Past festival performers EAZYBAKED, Cut Rugs and Kirby Bright also make the compilation, as well as NEWSENSEi and HUMORME.

As Duke Blazer explains it:

HITTING EM FROM THE TOP ROPE means to climb up to your challenges/conflicts/difficulties you face in life and jump at them head on from 10 feet in the air with a MIGHTY ELBOW DROP!!!! inspired by the energy and feeling wrestling created for me growing up as a child, hitting em from the TOP ROPE is relentlessly taking down whatever stands in the way of your goals, and doing so with DRIPPING IN SWAG!