There’s nothing like some good old-fashioned teamwork. Whether it’s a point guard dishing out a brilliant pass to setup a game-winning shot, or a 300-pound linebacker setting a jarring screen for his quarterback to seal a Super Bowl victory. Although in this case, our definition of teamwork has nothing to do with sports, and everything to do with funky bass music.

The Best Dancers (Portland, OR) and Up Until Now (Athens, GA) decided to embark on a little project together, each allowing the other to remix one of their most sizzlin’ tracks. The plan was set, the stems were sent, and eventually compiled into two ambitiously fresh, groove-laden anthems. How’s that for teamwork? We’re just glad the artists let us get involved, and help unleash these floor-rattling, synth-smackin’ remixes on the world.

“Petrify (Up Until Now Remix)” redefines the world bold, dosing out unlimited supplies of funk like it’s Oakland in the 70’s. It’s juicy in all the right places, filled with jazzy moments throughout, and churns up the original with a smooth and elegant finesse. If this doesn’t instantly incite a massive dance party, then you’ve undoubtedly entered the wrong venue.

“Hood Shining (The Best Dancers Remix)” kicks open with ethereal synth sections, immersing each listener’s conscious before knocking their socks off with an unparalleled explosion of flavor, and bass of course. Glitched out madness is truly the only way to sum up this head-banging tune, and it’s got high-flying written all over it.

There you have it folks. Two immensely creative, thoroughly innovative remixes born and bred to make the entire universe dance on command. Who went harder? Well, that’s for you to decide.

Big ups on the new remix boys! How was the partnership between The Best Dancers and Up Until Now born, and did any one party initiate it?

Bobby: Thank you. My girlfriend and I caught Up Until Now with David Murphy at Re:Generation music festival just outside Portland. A photographer told us they were brothers, and it immediately drew me in. I thought, “My brother and I make dance music, and these tunes are right up our alley.” So, there was an immediate connection to what he was doing. I reached out and threw him some links to our music. He dug it and responded.

It’s no secret your sound is deeply rooted in elements of funk. Did this love for funk develop from an early age, or something you recently became fond of?

Franny: Yeah, I think that’s always been something we’ve both loved, even when we were young. Bobby was always into EDM since he was a kid, while I was into jam bands and improv. So funk, and therefore hip-hop, was something we could both agree on as we got older. There’s just something about shaking it to a funky beat that makes you have to smile.

Which artists both new and old have inspired you throughout your music careers, and specifically The Best Dancers project?

Bobby: A lot of older stuff inspires us like Michael Jackson, Hall & Oates, The Beatles, Dr. Dre, Zapp & Roger. More modern artists like Daft Punk, Chromeo, Simian Mobile Disco, The Glitch Mob, STS9, Juno What?!, Pretty Lights, Paper Diamond, EOTO, and Opiuo are all amazing. That stuff pushes us to get better all of the time.

Where did the idea for these dueling remixes stem from, and what do you hope to achieve with the release?

Franny: Jay did a sexy remix of one our tracks last summer and we were chomping at the bit to return the favor. After The Pleasure Sessions EP came out, we asked to remix one of his songs and he was all about it. He let us pick what we wanted and we just had this positive back-and-forth going. When we sent him the finished product, I think that gave him the idea to remix another of ours and do the simultaneous release.

Tell us about the create process going into your remix of “Hood Shining.” Any different than your previous efforts?

Bobby: We picked the “Hood Shining” because to us, it was similar to something we might produce. There are some sampled bits in there, and that’s our bread and butter. We eat that up. But remixing something similar to your own style might cause the outcome to be underwhelming or possibly a replica, so we made it a point to approach it differently. Our music isn’t dark by any means, but this is by far the prettiest mix we’ve done, and it’s definitely our favorite remix.

What is the most Portlandia-esque trait you’ve gained from living in the 503? And what led you to move from Illinois to Oregon?

Franny: Bobby and I had made some beats and jammed together at home in Illinois but never really took it any further. I moved to PDX in 2008 just looking to join or start a band. I played with a few groups but nothing was really clicking until one day I was talking to him on the phone and he said: “What if I move out there and we sink our teeth into the electro project we started at home?” It was like a light bulb turned on and then exploded over my head. He moved out here almost a year to the day after I did, and we’ve been working as The Best Dancers ever since.

As far as Portlandia-esque traits, I’d like to think we’re getting out unscathed. But, then again, he does rock skinny jeans and I’m sportin’ a rattail. So, maybe not. This interview is OVER!

Diggin’ the track homie. Were The Best Dancers pleased with your remix of “Petrify,” and what did you think of their take on “Hood Shining?”

I think they like the track. As far as the remix they did of Hood Shining, I love it. It's really what inspired this whole thing. Listening to their music pushes me to want to get better and keep writing better music.

You’ve remixed a track for The Best Dancers in the past. Was it any different this time around, knowing they would be coming back with a remix of their own?

If anything, I would say that there was a little more focus and intention with this remix. The first one I did was just done for fun, and it turned out good so I released it. With the “Petrify” remix, I went into it knowing it would be released so there was definitely more focus to work out every detail.

Any chance we’ll see a full collaboration/tour between The Best Dancers and Up Until Now anytime soon, or possibly even (fingers crossed) a project together?

We have discussed doing some touring together this fall. I would really like to get those guys out here on the East Coast. I think their music would go over really well here. I can't say there will be a project together, but you can expect us to be collaborating on some music. In fact, it has already begun. I'm excited about what will come from it.

For those who don’t know, your brother (David Murphy) is a member of STS9. How has this driven you to make your own mark on bass music?

It's an interesting thing being "Murph's" brother. I understand people may mention him when they mention Up Until Now, but I just keep doing my thing and hope that my music will stand on its own. I mean, he’s my brother and he'll always be my brother. I embrace it. I'm super proud of what he has done with STS9, but even if he was in some other profession, that wouldn't change what I do with music. I can't help but write and produce.

You’ve remixed tracks from a broad range of artists, including Purtiy Ring, Jay-Z, Lotus, and The Glitch Mob. If you could produce an official remix for any artist, who would it be?

That's a tough question. I am inspired and influenced by so many different artists and kinds of music, it would be hard to pick one if I actually had to. But since this is a hypothetical question, it is easy for me to say it would be Stevie Wonder. Only because out of all the music I love, his has truly inspired me like no other. He writes, arranges, and produces all his music as well as plays the majority of the instruments. Learning this at an early age made me believe that I could also do the same. Maybe one day I'll be as good at it as he is, but probably not.

What can we expect to see from Up Until now this summer? Any big shows or festivals?

Well, I'm keeping it kind of light this summer to really get geared up for the fall. Expect to see a lot of UUN this fall all over the East coast and Midwest. But this summer I will be at Electric Forest, The Mad Tea Jam in WV, and a couple other festivals that I can't mention because they haven't been announced yet. 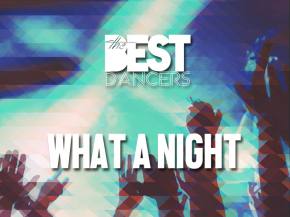 The Best Dancers celebrate summer season with 'What A Night' 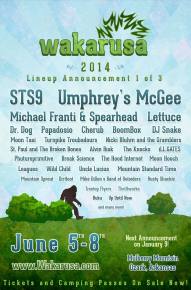 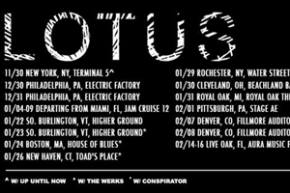 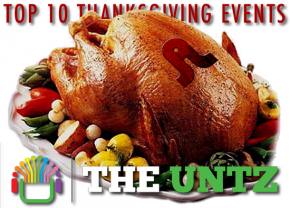 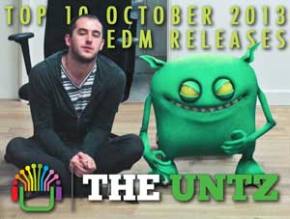 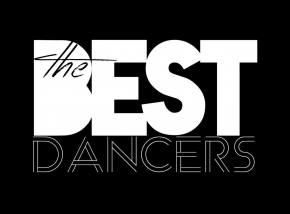