There is one name headlining festivals all over the world in the next few months, which none of the kids from my generation tragically care the least about. I am referring to Underworld, electronic music gods from decades ago. To some extent, my generation has been so hyped up on shooting lasers and double-stepping (don’t get me wrong, I love good dubstep), that they have forgotten or maybe never learned its ancestry.

Although Underworld as a group is anything but new, its music and members do not nearly resemble the dated, gray-haired men I just made them out to be. At the rate that music is produced and groups are forming in this age, Underworld can easily be labeled a granddaddy, occupying the realm of Daft Punk and The Chemical Brothers. Their new release Barking is not just a great record, but a reminder to everyone that they are still here, marking their territory.

I first discovered Underworld as a teenager through “Born Slippy” echoing in the back of the ending scene of cult classic Trainspotting, the song that imprinted the group permanently into the better parts of pop culture. The sheer genius of Renton’s final monologue and the overlapping lyrics of “Born Slippy” is an association of Underworld that has resonated with me until now. Listening to Barking is a little nostalgic, but not so much as to distract from the clear signs of how much the group has progressed throughout the years. The new album is definitely more accessible, musically and lyrically, from the Underworld that I knew and understood back then, but retains its quality in appeasing to a wider and younger audience.

“Born Slippy” is on such a high pedestal in the electronic music canon, but several tracks off their new album are of equal standards. The first two singles “Scribble” and “Always Loved a Film” are powerful, majestic pieces in their respective genres and instant classics. It would be no surprise if the two became dance-floor anthems in a few years. “Grace” and “Bird 1” are darker and moodier songs, reminiscent of the early English post-punk with its prominently dulled bass beats and baritone vocals. Think Joy Division multiplied by UNKLE, with just a sprinkle of Tiesto. The record ends softly with Louisiana, a heart-wrenching love song and a startling contrast to the rest of the album. If I was not paying attention, I might have thought that one of my mom’s soft rock songs slipped through my speakers on shuffle. This ending track incorporates a soft piano melody that can be a hit or miss, especially if listeners dug the harder and more upbeat half of the album.

Barking is diversified but cohesive. Pleasing but memorable. Nostalgic but still refreshing. It’s a very ambitious medley of different subgenres that you would never expect to find on a single record together, yet isn’t the slightest bit dissonant. Instead, Underworld takes advantage of its highs and lows and the fluctuating tonality to tell a story. Here is a group that truly stands out from its contemporaries. They are uncategorizable, just a couple of big big time boys.

Click here to stream the entire album for free or purchase your own copy in multiple formats. 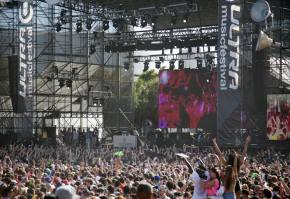 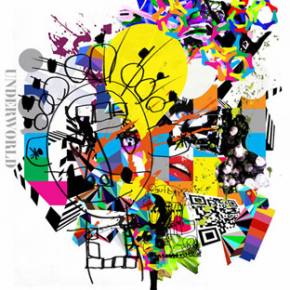 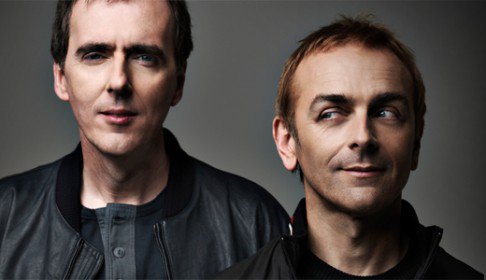