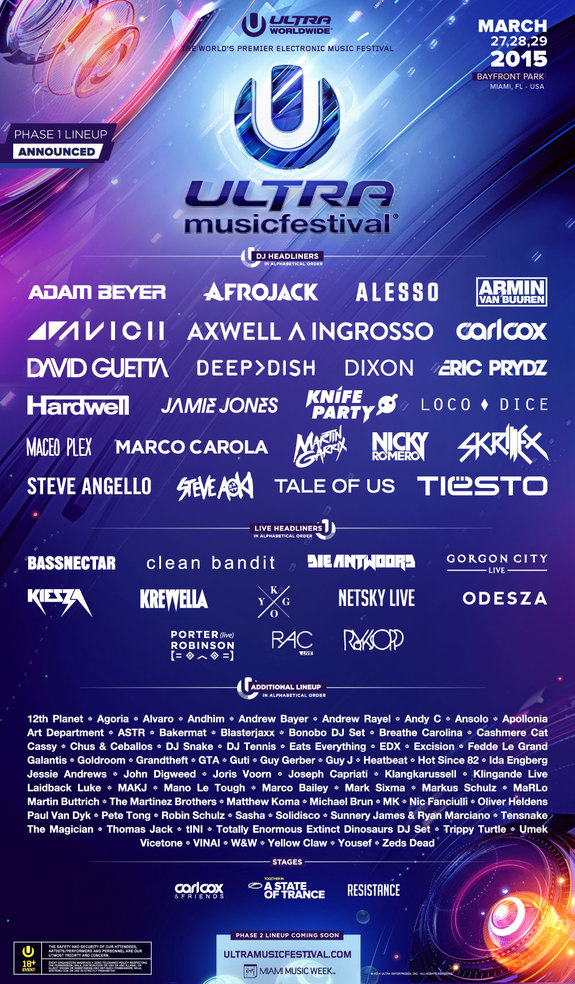 One of the biggest electronic music events on the planet today unveiled its phase 1 lineup. Ultra Music Festival will return to Bayfront Park in Miami, FL March 27-29, 2015. With it comes the biggest DJs, live acts, and electronic music superstars from across all genres.

Avicii will return to Miami, after having to cancel his performance last-minute last year (he was replaced by Deadmau5).

ODESZA, Netsky, Porter Robinson, Clean Bandit, and Gorgon City are amongst the live acts on the bill.

Krewella will make its return to the spotlight as a duo at Ultra, with founding member Kris Trindl no longer a part of the act.

UNTZ faves Excision, ZEDS DEAD, and 12th Planet are among the more than 100 artists on the lineup. More phases will be added in the coming months.