The end of a music festival is always a bittersweet experience. There’s still a full day of concerts but after that it’s back to reality. I woke up on Sunday morning eager to get to Ultra to maximize my remaining time in Miami.

Like the day before, Bicentennial Park was sparsely populated in the early afternoon. I stopped at the Tower of Ultra, where dubstep artist Daedelus was playing to a small crowd of about 200. Daedelus, sporting a green blazer and muttonchops, was sweating profusely. About 20 minutes into his set the music cut out. Smiling apologetically, he gestured for the crowd to be patient, which may have been unnecessary – no one seemed too distraught over the development. The wobbling midrange and walls of bass were back less than five minutes later.

I walked to the back of the Carl Cox tent, now called the “A State of Trance 500” tent, in celebration of the 500th episode of Armin Van Buuren’s trance podcast by the same name. Cosmic Gate, already the third act to play the tent that day, was rocking the decks to a full house. For trance lovers, the ASOT tent’s lineup alone could have justified buying an Ultra ticket: after Cosmic Gate came Gareth Emery, Ferry Corsten, Armin Van Buuren, ATB, and Sander Van Doorn.

Though I would have liked to, I could not in good conscience stay in the trance tent all day, and I left to see Wolfgang Gartner play the main stage. The sun was already disappearing behind the tall and fortunately placed condo tower just outside the park, so dancing at the stage was a relatively comfortable experience. Gartner’s high energy electro house songs were heavy on siren wails and dirty bass lines, but my favorite part of the set was when he cut quickly to Basement Jaxx’s “Where’s Your Head At”.

Laidback Luke succeeded Gartner on the main stage at 5. I didn’t stay for long, but heard him play Calvin Harris’ “You Used to Hold Me” and a terrific mashup, likely mixed on the spot, of Cee Lo’s “Fuck You” with SonicC’s shrill electro anthem “Stickin’”.

My return to the ASOT tent was timed perfectly. Gareth Emery was playing his last song, and one of my trance favorites of the year, “On A Good Day.” At 5:30 he was replaced by Ferry Corsten. Corsten addressed the crowd with written rather than spoken words – the screens in back of the stage periodically flashed “Miami, I Love You,” complementing the set’s oxytocin-drenched mood. He dipped into his Passport mixes, now four and six years old, for fan favorites like “Beautiful” and “Without You”, which many people sang along to.

Halfway through the performance Van Buuren’s face appeared on the stage’s LED screen and said, “I can see you Miami,” to cheers of excitement from the audience. He probably could have walked out from backstage (he was scheduled to play next) to say it in person but I suppose his way was cool too. Then Corsten started to play a remix of “The Scientist” by Coldplay and when the beat dropped cold jets of fog blasted the crowd and everyone lost it.

Van Buuren came out for the last song of Corsten’s set, “Exhale,” a collaboration between the two Dutch producers. There was a gap in the music between the two sets, while a deep voice introduced Van Buuren and reminded us that this was the 500th episode of A State of Trance. Then the music started again – another Van Burren/Corsten collaboration, “Minack”, from last year’s Mirage.

On several occasions near the end of Van Buuren’s two-hour set, minutes-long blasts of fog hit the audience. It was euphoric – not only did the cold fog feel great, but it was so thick that you couldn’t see your hand in front of your face, let alone the people dancing around you. Each blast was longer than the last – by the end of the set it took nearly a minute before you could see again, and several minutes for the fog to clear completely.

After recuperating and eating for 30 minutes I walked to the live stage to see MSTRKRFT for the eighth time in my life. I’ve always enjoyed myself at MSTRKRFT shows, but a little less at each one because their set never changes much – you can always expect to hear “Vuvuvu”, “Easy Love”, “Bounce”, Crookers’ remix of “Thunderstruck” and a Daft Punk song or two. All good songs, but it gets old after a while.

But they didn’t play any of those songs. In fact, I recognized almost nothing the whole hour they were onstage, and I couldn’t have been happier. This was one of my favorite sets of the weekend, and it reminded me why I started listening to electro house in the first place. I couldn’t tear myself away from MSTRKRFT until they stopped playing.

The Chemical Brothers, closing out the festival main stage, had already been playing for a few minutes by the time I got there. The first song I heard was “Galvanize”,  an appropriate set opener. They played it well under 130 BPM, making it slower than anything I’d heard all weekend, but that was a good thing – it felt great to dance to something so slow. The tempo accelerated throughout the set, to epic effect. The propulsive, chugging drums of “Horse Power” made the song feel like a steam engine accelerating towards some inevitable destination. I had never really enjoyed or understood the song before, but after seeing it live I get it.

There were many other incredible moments. The exposed, shrill, beautiful synthesizers of “Swoon”, and its simple, short lyrics (“Just remember to fall in love / there’s nothing else). The breakbeat drumming of “Block Rockin’ Beats”. The “You should feel what I’m feeling / You should take what I’m taking” refrain of “Star Guitar”. But the duo’s showmanship extended beyond good DJing. Their lights, which included a cylinder of LED bulbs that hung over the stage, were implemented dramatically, and they even passed an imitation spider web over the audience, who stretched and passed it over their heads.

The music stopped at 11:55; the show was by far the best of the weekend and a perfect end to it all. I walked out of the park for the last time in 2011, my head awash with contentment. I’ll be back. 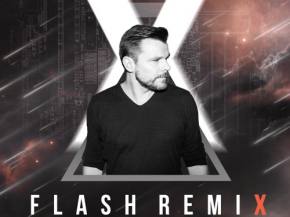 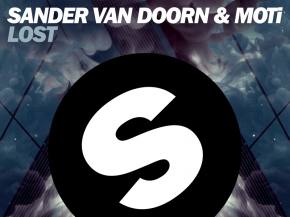 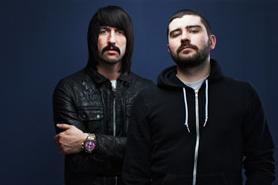