“Jaunty” is a teaser track off of upcoming G-Space album Snap Season: Vol. 1, dropping on December 15 on 40oz Records. Ruku Customs will be contributing more art for each single off the album and vocals for the track “Daydreamin.” 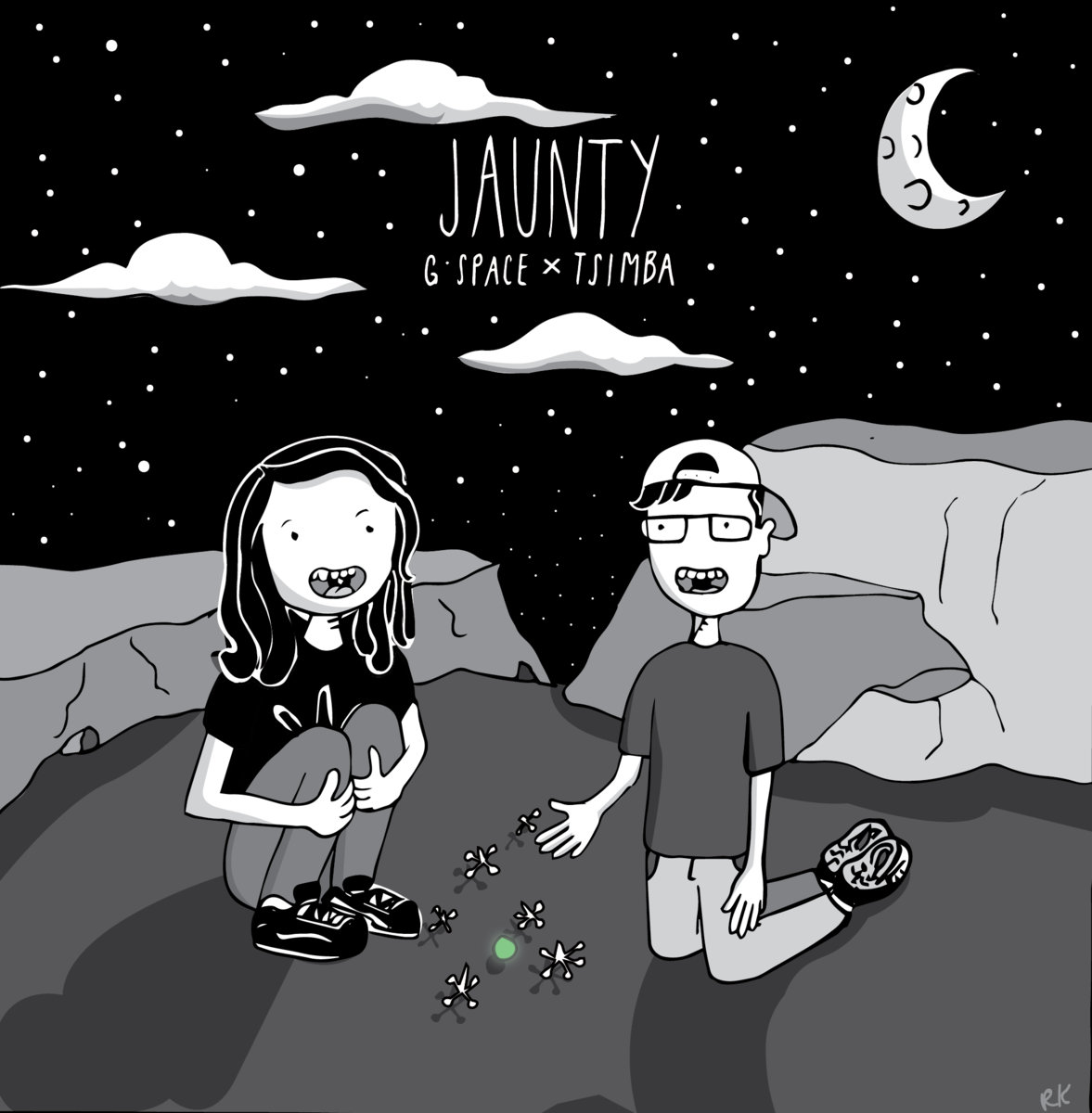 tsimba, the moniker of Mark Evans Musto, and G-Space, Grady Bergin, complement each other’s musical style well in this booty beat that mixes weird bass with deep dubstep and trap. Sounds like a mix of Twilight Zone, Rick & Morty and a Secret Garden on another planet where the catnip plants start growing and magically start dancing with cats after dark.

Silly? Of course. But does this track make you want to dance? Definitely.

tsimba and his Brooklyn future roots, dub-hop music has been on the rise not only on the east coast but west coast as well. He has performed abd collaborated across the nation, including Dubday NYC, Wormhole Tahoe, Dream Vault, Troll Fest, Wild Woods, The 2018 Equinox Fall Gathering in NH, The Saturday Sermon takeover at Camp Bisco 2018 in Scranton, PA.

G-Space has performed at Imagine Festival, MorFlo Festival, and this fall, he will be performing on Toadface’s “Bugs for Breakfast” national tour along with Coki, Sayer, Eazybaked, Milano, Mystic Grizzly, and sfam. Bergin is known for doing tricks and flips during his sets,which makes each live performance exciting and unique. Check out a video of G-space flipping at a live show here.

What’s the inside story behind “Jaunty?” “The track came together really quick,” said Musto, “I think we finished it under a week or so. It was a pretty simple trap beat to start with and eventually it shifted gears to something deeper just from us trading back and forth.”

What makes a good collab? A lot of things but camaraderie seems to be one of the most desirable qualities.

“It was an absolute pleasure working with Mark, he is on some next level production and I can’t believe how quickly this song was made,” added Bergin.

“We have been friends for a few years now from playing shows and festivals together. We have always talked about making a tune, and this is our first time finally getting a collab together,” explained Bergen, “He recently sent me the idea a few months ago, at the time it was just the intro with no drop. I love making bass wobbles so I decided taking the drop in that direction, I sent him back the drop idea and he was so stoked! He wasn't expecting a wobbly drop like that.”

What’s behind the name of this bouncy bass beat? Bergin explained that “the song gives me a bouncy feeling so I looked up synonyms for the word 'bouncy,' and that’s how I found the word 'jaunty.' Some other name ideas we considered were “lego bones,” “pivot,” and “guin."