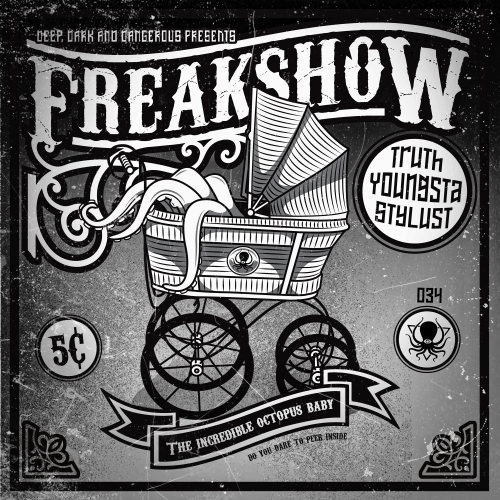 It is without a doubt that TRUTH, Stylust, and Youngsta like to get freaky. Their mutant offspring mega-collab “Freak Show” is out now; the 34th release on Deep, Dark and Dangerous Records. This track is dark, filthy dubstep filled with a dash of steampunk reminiscent of demented carney workers. Do you dare listen to the horror within?

This is the first time Truth, Stylust and Youngsta have collaborated together on a released track. Their unique transnational styles are 3D: distinct, different and delicious. Andre Fernandez and Tristan Roake, the New Zealand dj/producers behind TRUTH bring their underwater dubstep stylings to full throttle. Melodic bass driven soundscapes with hard hitting beats characterize TRUTH, which has helped them gain a fanbase touring throughout Australia, New Zealand, Europe and the U.S.

Stylust, also known as the Sleeveless Warrior Canadian DJ Geoff Reich, brings his style, classic turntablism with cutting edge tech heavy bass, to make the mutant “Freak Show.” His hip hop fueled dubstep has elevated him to perform at several festivals, including Coachella, Shambhala, Envision, and Burning Man. His musical influences are Bassnectar, Troyboi, and Flume. Stylust’s music is best described in his own words, “Rip You’re F*ckin’ Sleeves Off!” That attitude is felt in “Freak Show,” with his high energy beats bound to get you pumped up and ready to destroy something, preferably something inanimate like your clothes. 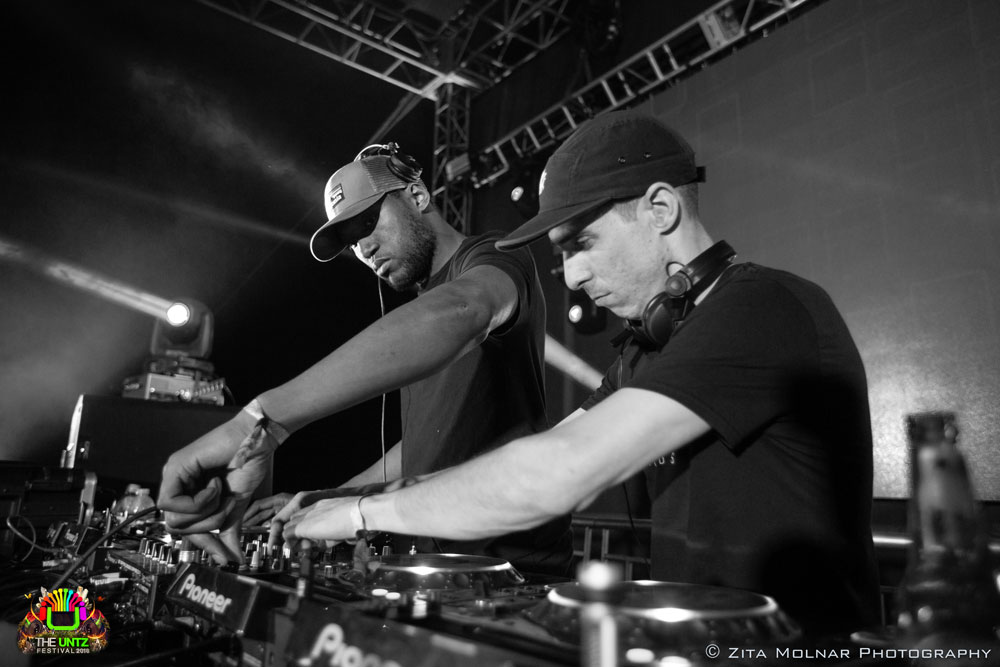 DJ Youngsta, the dubstep pioneer Daniel Lockhart, needs not much introduction. This South London- raised O.G. of dubstep has been a figurehead in the bass scene since the beginning. Growing up spinning since the young age of 13 in the 90s club scene, Lockhart jump started his career on the U.K. pirate radio Freek F.M. Lockhart was a major player with RINSE F.M., the radio station credited in part with bringing grime and dubstep into the mainstream. Youngsta will go on tour this Summer and Fall with international stops in U.K., Seattle, Washington, and Croatia for the Outlook Music Festival where Youngsta will headline with Truth among other big dubstep players in this 3 day fest afloat a ship on the Adriatic Sea. Youngsta’s particular type of dark dubstep blends techno and jungle bass influences, making a perfect addition to the dark dubstep stylings of Stylust and TRUTH on this epic track.

“Freak Show” is available on all platforms including Apple Music, iTunes, Spotify, SoundCloud, Beatport and YouTube.

Get the track here: https://fanlink.to/FreakShow.