It's 2011, and one can only imagine the potential of this year's upcoming electronic music.  In 2010, the electronic music scene underwent an exponential rise in popularity, thanks to several big-name artists.  The world was formally introduced to Deadmau5 at the MTV awards, followed by Daft Punk's original score and notorious cameo in Tron Legacy.  The electro scene continues to evolve into a harder, more complex sound, with EP's from Bassnectar (Wildstyle) and Skrillex (My Name Is Skrillex) pushing the envelope for producers around the world.  Two genres that have exploded in popularity recently are Dubstep and Drumstep; both are high tempo genres set in half time, and both get the dance floor shaking.  Listed below are my top 5 Dubstep/Drumstep tracks of 2010.

Doctor P, long time friend of Flux Pavilion, is one of those up and coming artists that everyone should have heard about already, and his remix of Love Goes Down is proof why. The track starts with a heavy emotional vocal intro and kicks into happy hardcore just long enough until it becomes unbearable, and finally breaks into half time Dub madness.

Zed's Dead is one of my favorite new Dubstep producers out of Ontario, CA.  Their name was from a scene in Pulp Fiction where Bruce Willis tells his girlfriend that the stolen bike they were going to ride belongs to Zed, who he killed earlier. "Zeds Dead Baby." It consists of two guys: one produces and the other mixes live.  Their latest original 'Rude Boy' is a dark, grimey track which highlights their unique oscillating bass.  Also be sure to check out Union's harder remix.

Diplo of Major Lazer has recently shown his fascination with Dubstep with his new album Blow Your Head Vol.1 - Diplo Presents Dubstep.  His remix of Going Through Hell is one of his newest Drumstep remixes.  It starts with a chill hip hop feel, follows up with a melodic vocal breakdown, and smashes into some heavy bass wobbles.  Guaranteed to melt the dance floor.

I hate Kanye, but I love Calvertron.  His latest remix of Kanye's Blame Game does an excellent job of capturing two moods in one track.  It starts slow and melodic, but builds up firmly into a heavy Drumstep beat with a killer combination of synth wobbles.  The lyrics aren't superb, but they complement the breakdowns well, and make the beat drops well worth dancing to.

Rob Swire has been producing for a long time, and is lead guitarist and producer for the band Pendulum.  His latest Drumstep remix begins with a mellow, melodic vocal introduction, and steadily builds it up to a heavy Drumstep beat with screaming synths that wobble and bend. 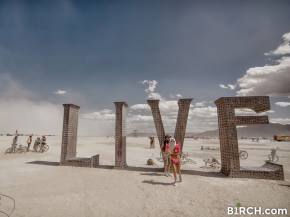 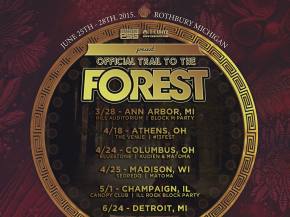 PSG & The Untz present the official Trail to Electric Forest