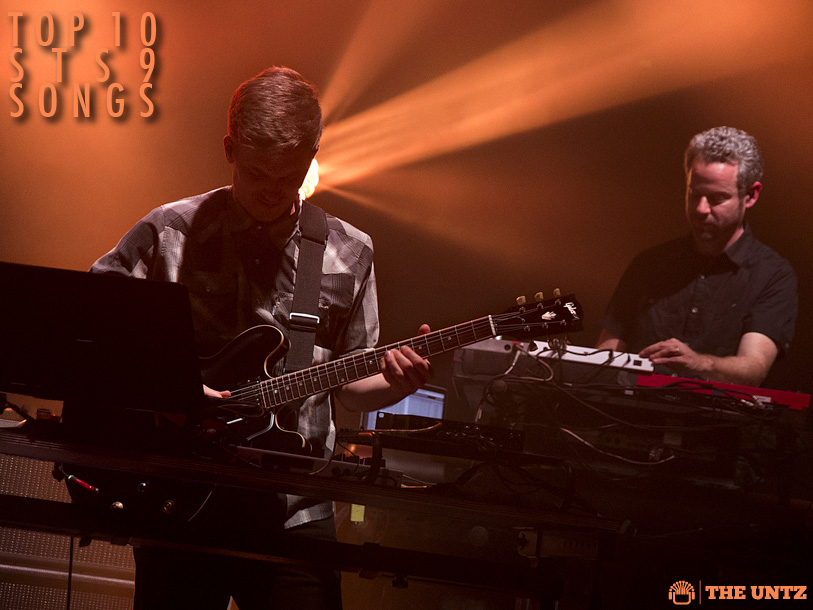 When we think about artists who have been fundamentally important to the growth and cultivation of the electronic music and particularly the festival circuit in the United States, STS9 is at the top of the list. In spots #1-50.

Responsible for ushering jam band kids into the underbelly of electronic music, inspiring every livetronica act on the block, building artists up like The Polish Ambassador with their 1320 Records label, and introducing fans from coast-to-coast to today's superstars Pretty Lights and Bassnectar, you can draw all sorts of lines from the explosion in EDM back to Tribe. Trust us, we've done the math a million different ways.

It's become evident to us that Sector 9 also plays a deeply personal role in the lives of each staffer on the team. We're primarily those jam band kids we were talking about earlier, the ones who were converted by the Biscuits and late-night, post-Cheese and Phish after parties. And we keep experiencing that gravitational pull that continues to make this five-piece such an integral part of the scene. TheUntz.com co-founder Matt Thomas had a religious experience at the Fox in Oakland a couple years back, Chief Content Officer Anand Harsh wept tears of joy when he learned Umphrey's and Tribe were co-headlining sheds last year. Finally, amidst all the psytrance Symbiosis could assemble, The Untz co-founder Avi Gallant couldn't help but give "set of the festival" to Sound Tribe.

2014 has been a huge year for the band. They replaced founding member David Murphy back in January, canceling their winter tour in the process. Picking up SubID's Alana Rocklin to replace Murph, and hitting the ground running by the time McDowell Music Festival came around in March, the band was instantly back in stride, and already mapping out its new trajectory.

In doing so, it's reinvented itself for a new generation of fans; young aspiring musicians and producers who have that fire in their belly. This list is for them--the newbies who need a little guidance. And for the grizzled old fans who have been following the band for nearly two decades, we thank you for telling us which songs you wanted to see on this list. It's a great representation of what the fivesome does, both in its history, and looking towards the next couple of decades.

It's fun to listen to Alana Rocklin reinvent fan favorites from the Murph years with such poise and confidence. It would be nerve-wracking for anyone to replace a monster instrumentalist in a band, but to do so with a band whose rabid fan base is so involved and enmeshed in the dynamics of the outfit, we've been absolutely blown away by what Rocklin has done.

This number really brings out what drummers Zach Velmer and Jeffree Lerner do best: lock in solid grooves on top of which the other members can paint their melodies. Velmer evokes the snappy drum & bass of Darren Shearer, former drummer for The New Deal, with his tight chops.

Chilling. A spooky rendition of "Shock Doctrine" from this Austin date in 2010 gets us ready for this weekend's Halloween run through the south, returning to the band's favorite venue (without a doubt), the Tabby in Atlanta for a two-night weekend of the dead run.