This joint with Alvin Risk marked the return of Skrillex to the States for his fall club tour; most of those dates sold out in seconds. It's funny--when you listen to a 2013 track and compare it to a cut from 2010, it's really amazing to hear the leaps and bounds in production technology, vision, and structure. Even for someone producing at the limits of hardware, software, and contemporary thought, the stylistic advances make late 2000's dubstep sound like it was made by cavemen. And maybe you like that. The bottom line is, things have progressed at light speed, and this represents the epitome of 2013 sound--it's fast, it's furious, it's frenetic. Try it out.

The relationship between Ellie Goulding and Skrillex was all the buzz for a minute there. For a brief period of time, the world of TMZ entered into the underground electronic music scene. It was two kids in love, give 'em a break. While the relationship wilted (unsurprisingly, as both were on crazy touring schedules and under immense scrutiny), this gem emerged. Showing the softer side of Skrillex, you could call this the "Don't Go Breaking My Heart" of Generation Y. Really a fun duet, and a neat video. Kids: don't try to light shit on fire. Especially your hands or your face. Any body part, really. Just don't play with fire.

You can count us among the many surprised by the trio of Grammys Skrillex scooped up in 2012. The governing body of the awards has been notoriously out of touch for years (see Al Walser), and for the young protege of Deadmau5 to snag the most sought-after music industry awards before arguably the most well-known electronic act at the time, it showed some awareness and a bit of foresight on the voters' part. The snub may have been overblown, but the tension afterwards... maybe not so much. Regardless, Skrillex pushed his way into mainstream consciousness overnight (even though his award acceptance wasn't televised). And millions of moms across America asked their kids "Who's this Mr. Haircut on the TV?"

Sure, Skrillex could craft these powerful dubstep bangers, but could he remix a tune? Especially a Brit-pop hipster act with gorgeous vocals and a left-field sensibility? Done and done. Remixing La Roux gave Sonny some major credentials in the Hype Machine set, and breaking out of EDM-only into broader understanding and acceptance was key to his meteoric rise. The heavy artillery is still there, of course, but the sensitivity to the beauty of the original made this reworking a smash hit. 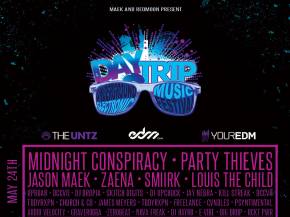 DayTrip Festival is your destination for Chicago summer Sundays 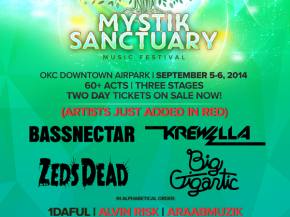 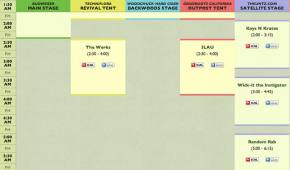 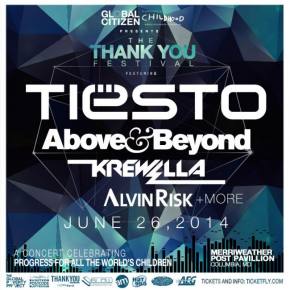 Tiesto, Above & Beyond, Krewella to headline Thank You Festival - June 26 - Columbia, MD 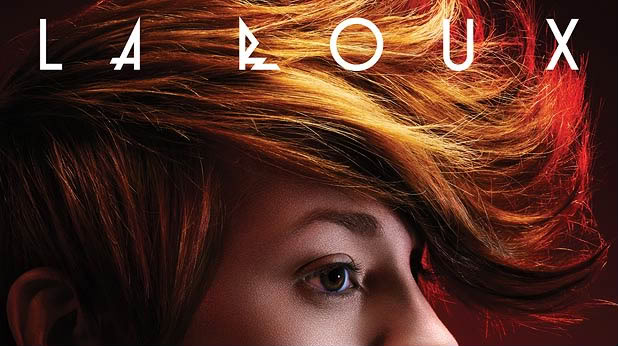