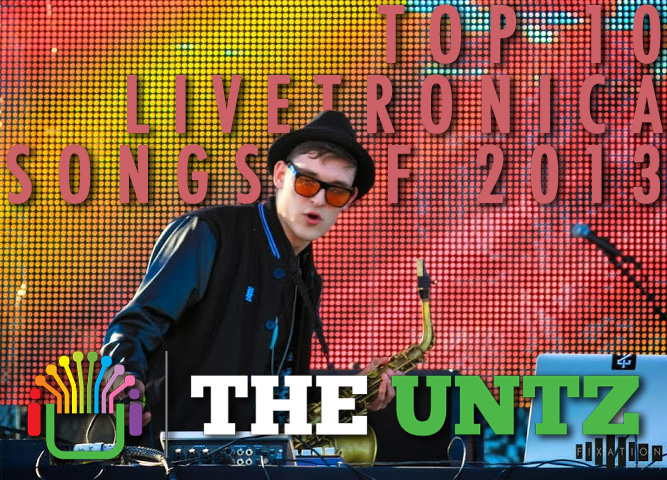 Livetronica is truly a breed of its own. Everyone has their own opinions on who does it best, but let’s face the facts. The genre is basically the bridge between electronic music and countless other fields, mixing computer-based production with an array of instruments. Just look at this list. We’ve got dance music paired with soul, funk, jazz, rock, hip-hop and so many others. The possibilities are truly endless. Why restrain creativity when you could let it flow? Why hold back when you could push forward? To be honest, that is exactly the basis for livetronica. The result spans way beyond forward-thinking production towards on the fly, actually live shows, giving fans a taste of what happens when you have the opportunity to improvise. We’ve said it before and we’ll say it again. Greater risks and greater rewards, and that’s what makes livetronica so powerful.

SunSquabi is finally garnering the respect they deserve for their instrument-based, funk-leaning sound. The Boulder trio has a knack for making even the most skeptical member of the audience groove the night away, leading them to stop scrolling through their Facebook feed and whip out those dancing shoes. That’s what it’s all about right? Making sure the audience stays immersed with smiles strapped tightly across their faces. On “Super Gravity,” we get the whole package. Nostalgic vocal samples, rhythmic bass, and an onslaught of fiery guitar chords. Dinner is served SunSquabi style!

Saxophone? How about sexophone? Or what about sex on the phone? As long as DYNOHUNTER is involved we can imagine the experience will be one to remember. “Crossing The Bridge” is a bass lover’s dream come true, creating a sultry amalgam of driving synthesizers, clapping snares, and abounding doses of that filthy saxophone. Anthemic doesn’t even begin to describe this little ditty. Why wasn’t this song in FIFA 14? This tune paints a picture of belligerent futbol fans screaming bloody murder in an overly packed stadium. Step up your game FIFA. We expected more from you.

The first tag for this song on Soundcloud is “SEX.” The first line states “I’ve been gone for a long time and a man has needs.” The chorus states “My girl wants to get it but you can get it in the meantime.” Take that all in for a second. It’s pretty clear what Exmag and Gibbz were trying to accomplish with “Tilt Mode.” You’re on the road and the thirsty ladies are on the prowl. You can’t stop thinking about your girl at home, but this cute little honey in the first row has been staring you down since you picked up that microphone. You’ve had a few drinks after the show and she won’t stop strutting her stuff. Press play and let Gibbz tell you what to do next.

“Alias” is the type of song that sucks you in like a Dyson vacuum. It may be the first time, but we can guarantee it won’t be the last. This addicting little number even comes complete with soothing rainforest samples, outrageous guitar leads, and a seminar in guided meditation. How cool is that? The song gives you instructions. Close your eyes and take three deep breaths. What you choose to partake in after is entirely your call, but at least Greenhouse Lounge provided us with a starting point.

How nice is Zoogma? Everybody makes music for humans. That trend is old and boring. The homies decided to spread some love for the androids on their latest release, stringing together instrument and computer-backed production specifically for all those hard-working robots out there. You might not think about it, but your phone is a type of Android. Just imagine how bored he gets when you turn him off. That’s why Zoogma made these tunes. When you’re fast asleep that wild little phone of yours is texting his girl Siri and enjoying the vast nightlife the Internet has to offer. While he’s driving his Tron style vehicle, your little phone has “War & Other Natural Disasters” roaring through his high-tech sound system.