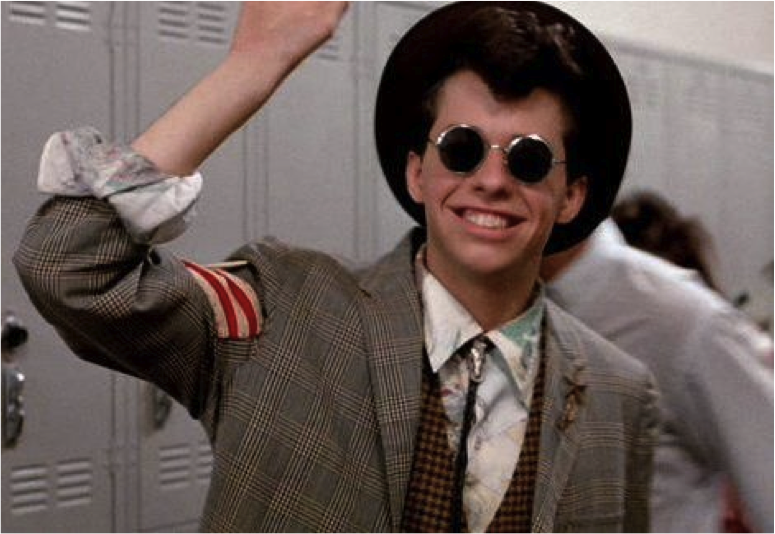 Stay fly like Duckie from Pretty in Pink and seduce your own Molly Ringwald this Valentine’s Day with a mixtape based on our list of emerging artists at CounterPoint Festival, April 25-27 at Kingston Downs in Rome, GA. She is sure to fall for the assortment of sounds that separate these breakout acts from the herd, just like you, brother man. Before long you’ll be attending shows with your sweater-wearing sweetheart (brrr- did we mention how ready we are for spring?). And hey, if it doesn’t work out at least you’ll have started a long-lasting relationship with the artists listed here.

Flying in at number 10 on our list, Bay Area producer Jake Atlas AKA, Thriftworks is not your average cat. He has an amazingly ambient, sexy vibe in his tracks that will embark you on a journey in your mind and take your chill level to an all new high and your bass threshold to the wobbliest of lows! On more of the experimental side of dubstep, Thriftworks churns up some seriously trippy, unearthed sounds- incorporating even some creepy creature noises that are 100% not from this planet. His latest release, Deviation (2013) is the fourth of a series of albums that have begun turning human heads here on Earth. Please take a listen as his emerging eclectic vibes are sure to pop up and top list all over the place in 2014 and beyond.
9. XXYYXX

At the age of 18, Orlando native Marcel Everett, is one of the youngest new artists on the list. Like Thriftworks, his sounds lean more toward the experimental end of the electronic spectrum. With a down-tempo, chill style that plays around with a variety of chopped and screwed melodies; he is kind of like the Mike Jones of dub right now, enforcing a fresh set of beats that are both simple and abstract. The Untz is happy to recognize XXYYXX as an emerging artist to be on the lookout for in 2014. You can hear his entire new release, a self-titled album, XXYYXX, below.
8. JMSN

Sometimes an artist just has something intriguing that inspires you to find out more. This is the case with Christian Berishaj, Eastpointe, MI singer-songwriter whose vocals and dark lyrics expose a dramatic twist to what would normally be classified as R&B or pop music. I’d like to think of him as a cross between Maynard James Keenan (Tool) and Justin Timberlake. At first you don’t know how to wrap your mind around it but then you find yourself hitting repeat 17 times in a row! If you can’t picture this for yourself, you’ll definitely need to listen and watch, in the spirit of Valentine’s Day, JMSN's song "Love & Pain" explores a devotion to a woman along with his somewhat controversial video to the song “The One” that is pushing new limits in artistic creation. We at the Untz definitely want to expand your horizons and take you out of your comfort zone just a little. How boring would life be if we didn’t?
7. Hucci

At the age of 17, Great Britain’s, Ollie O, hails from a town on the south coast called Brighton. Influenced by the likes of AraabMuzik, Clams Casino, Lex Luger, Baauer, Flosstradamus, and Hit-Boy, this trap-raised teen has put in some work gaining a following of over 20,000 on Soundcloud. It will be interesting to follow Hucci in his development as a top name in trap in 2014.
6. Poolside

Los Angeles based duo Filip Nikolic and Jeffrey Paradise have been described as “Daytime Disco” and O how they live up to their name, Poolside. Their easy-loving, smooth and optimistic vocals will have you counting down the days until your next warm-weathered vacation to the West Coast. For Valentine’s Day, we hope you listen to the song Next to You. Its uplifting vibes are going to have you tapping your feet in no time!