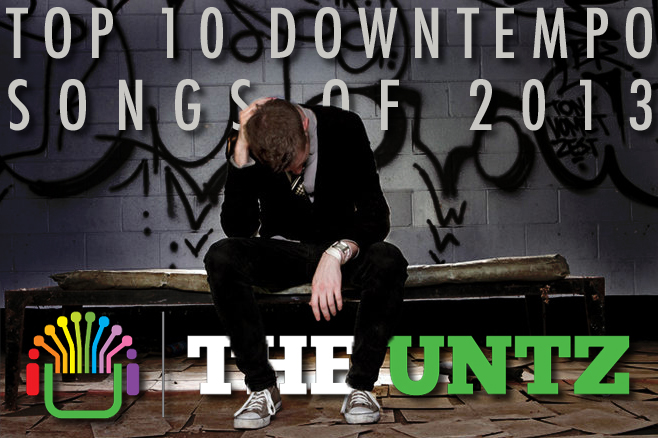 There’s a time and place for everything. If you’re at a raging house party and someone tells you to put on a super dope electronic song, we probably wouldn’t recommend choosing any of the following. Stick with a classic douchebag anthem like “Le7els.” While all these are “super dope electronic” songs and you technically filled his requirement, we’d imagine downtempo just wasn’t what he wanted. When you’re studying, on a long drive, or dozing off into the night, these hypnotizing tunes will satisfy your deepest desires. They will heal broken wounds and ease a stressed mind. You might have 99 problems, but a bad taste in music will not be one of them.

KOAN Sound & Asa’s exuberant EP was born from a place of absolute solace. The alleviating release gently borders heartbreak and serenity, weaving tracks that serve as lullabies for the dimming hours of night. “Sanctuary” is an entirely harmonic symphony that could pull listeners from the deepest depths of depression. A few tears will be shed, but the end result is a newfound sense of purpose. A total change of pace for OWSLA that really paid off.

Psychic is not the type of album you can freely breeze through and still comprehend. Skipping even a few minutes of the evocative LP will leave you out of the Darkside loop, completely destroying the storybook narrative of Dave Harrington and Nicolas Jaar’s masterstrokes. “Golden Arrow” serves as the album’s introduction and longest track, aptly setting the critical infrastructure for Psychic’s overall context and awe-inspiring milieu. Eleven gloomy minutes never felt this good.

Kastle’s eponymous debut is a finely tuned, overtly sexual soundtrack perfectly capable of setting the mood. Blame it on the flawlessly pitched R&B vocals or euphoric instrumentations, but the release just makes listeners want to unleash their inner freak. “Circles” was an undeniable stand out from our very first listen, gracefully appending spellbinding fragments to the tracks’ foundation before igniting an untamable fire around two minutes.

We only received one original track from Tycho in 2013, but let’s be honest. Quality over quantity, and “Awake” was definitely quality. The succulent tune carefully juxtaposes flashbacks from Scott Hansen’s ubiquitous sound of old with strikingly fresh sections, creating a time travel effect that quickly enraptures your intellect. Tycho’s third album will be hitting the shelves in 2014, but for now we recommended listening to “Awake” on repeat or taking a trip down memory lane with Dive and Past Is Prologue.

Catching Flies hasn’t become a common name in the world of electronic music just yet, but we’ve got a strange feeling that will all change in 2014. “Stay Forever” was just one of the three stimulating tracks present on the British producers’ luscious EP, meticulously coalescing angelic piano chords with fluctuating male and female vocals speaking on an ephemeral love affair. Than, just when you thought “Stay Forever” couldn’t get any better, a subdued sax solo comes into play. Pure musical heroin at your fingertips.