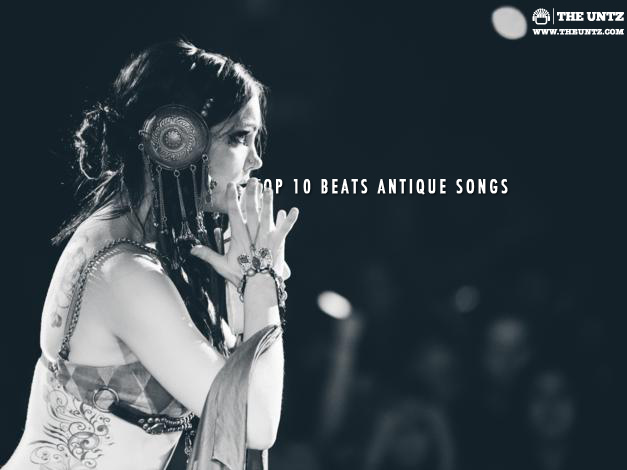 The Creature Carnival is coming.

An enchanted adventure unfolds in front of us, as the whimsy and wonder of Shpongle, Emancipator, and Lafa Taylor take to the road for a caravan of crazy that is like nothing that has come before. Beginning tomorrow in Madison, WI, the jam-packed, psychedelic frenzy of world beats and conscious-expanding treats hits theaters and arenas from coast-to-coast in an attempt to change the dance music world forever.

Leading the charge are Zoe Jakes, David Satori, Sidecar Tommy, and a gaggle of mythical creatures known as Beats Antique. These are veteran musicians and performers who have staked out their corner of the electronic music realm and set up a little shop of delights.

The Bay Area trio has been on our radar for half a decade, fusing Balkan beats with exotic eastern flavors, Afrobeat with Arabian nights, and bass music with a bit of Bollywood theatrics. We're going to give fans a crash course in the Beats Antique catalog before this Carnival takes flight. Won't you join us?

Don't forget to choose your Creatures...

I spent eight years in public radio. Trust me, I heard plenty of world music. It seeped so far down into my pores, I was convinced that some dance music producer would figure it out, but it wasn't until I heard "Egyptic" that I knew the code had been cracked. The perfect blend of bounce and cosmopolitan culture swirls into being with this song. Umm Kulthum would be proud.

Two of the top touring acts coming together for a gosh darn gobsmacker of a glitch-hopper. OPIUO gets just the right amount of funk out of the exotic instrumentation. It's a match made in heaven, and lucky for you, there's no need to die to hear it. This one absolutely crushes.

This is my gateway tune for new fans. This is the quintessential Beats Antique sound. Plenty of brass and shaking, shimmering percussive instruments. Get yourself a little woodwind in this gumbo, and you've got a global throwdown.