For the first time since 2007, Big Boi and Andre 3000 are getting the band back together. This is HUGE, and we're expecting big time performances from this hometown duo, headlining the event 20 years after they got together. Magical stuff! They are one of the most successful hip hop groups of all time, having collected six Grammy awards in total. Aquemini and Stankonia are considered landmarks in the genre with both of them being ranked in Rolling Stone's 500 greatest albums of all time. Like icing on a cake, OutKast at CounterPoint will be a set to remember. 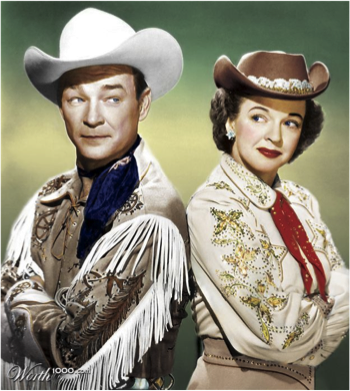 We hope you have become inspired by our Top 10. Now, time to make your own list! Who are you excited for at this year’s CounterPoint festival?  Share it with the world because when you are 90 years old, you can only hope your grandchildren will still be listening! Good luck and in the words of Roy Rogers, “Happy trails to you” until we meet again at Kingston Downs, GA April 25-27. FYI, if you dress like a cowboy you will probably earn some festival cred, just keep that in mind you CounterPoint cowpokes. April will be here before you know it. Visit counterpointfestival.com for tickets and information. Hey ya (or yeehaw)!
Previous