The beauty of an experimental electronic album is the aura of mystery that tends to shroud it. Compared to other producers, who stick to a certain style and minimally waver from their normal sound, the music of an experimental producer changes from song to song, with different influences and emotions used to create something extraordinary.

This is where Thriftworks shines.

On his newly released Low Speed High Drag EP, Bay Area-based Jake Atlas gives each song is a different look into the producer’s mind and creativity. It almost sounds like each tune is created by a different producer; where every track is built off a new platform compared to a standard template seen in the more mainstream “EDM” world.

“Couple Glasses of Milk,” a laid back tune with a hint of psychedelia, opens the release. The overall production dynamics are fairly intricate, with lots of different sounds going on at the same time. The varied vocals change with each new sample and the way he makes melodies out of some of them is exactly like the music we have been hearing from Yheti recently. It’s a pretty great ease into the entire release.

“Mug Wall” definitely provides an interesting. It begins with an eerie, almost Middle Eastern feel, then breaks into a chopped & screwed version of Waka Flocka Flame’s “No Hands.” This provides for an initial “What the fuck” moment, but it still sounds super cool. Though besides some of the deep bass synths added between the vocal cuts, this tune has an extremely similar sound to Cashmere Cat. 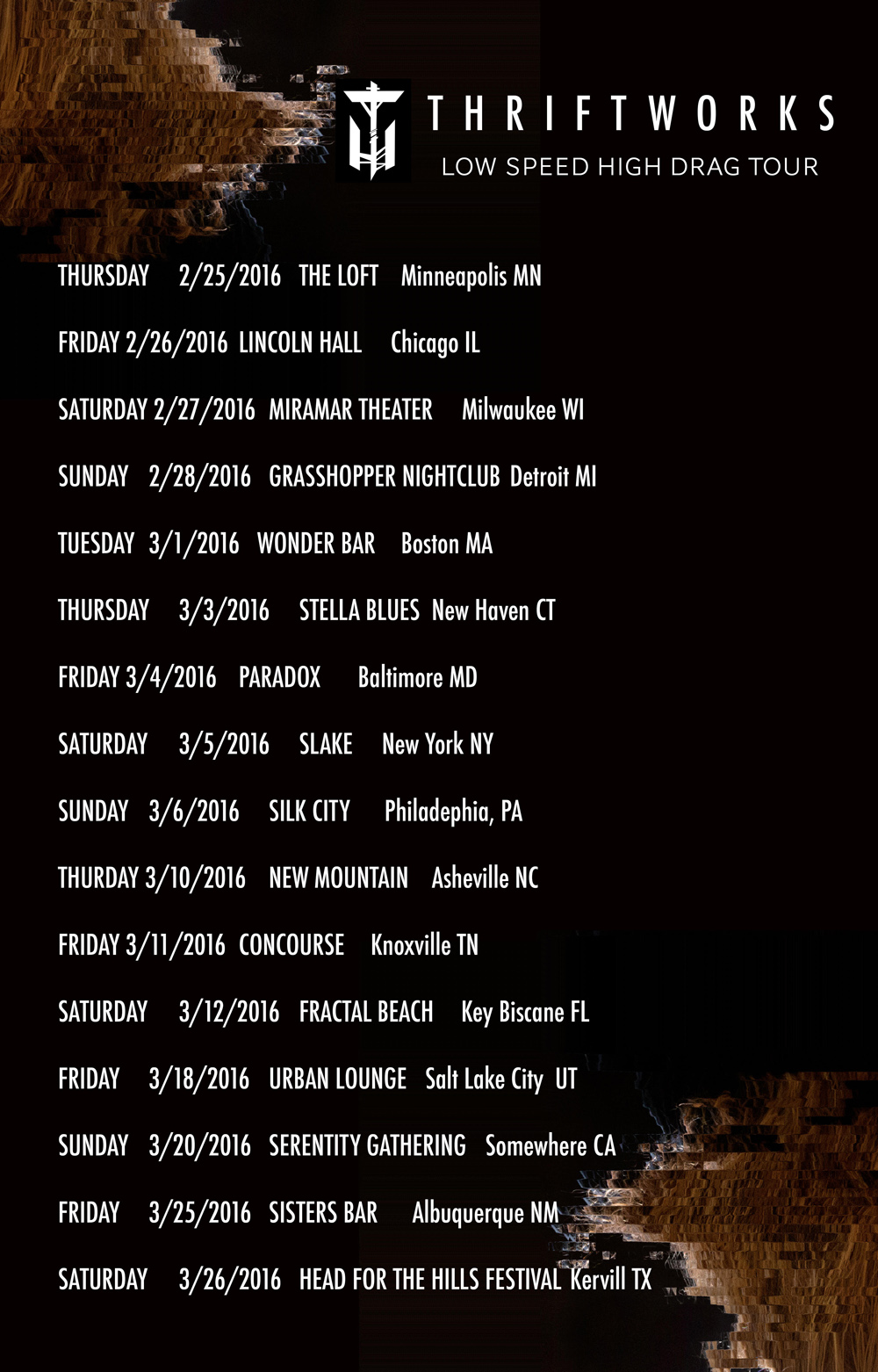 The collaborations that Thriftworks features on the release are definitely some of his more diverse tunes on the release. “Rain Game,” which features California producer Bläp Dëli is a delightful downtempo piece with nice wompy bass lines, angelic vocal sounds and simple synths. If “Angelic Future Bass” were a genre, this might be it.

He also keeps it simple again with Russ Liquid on “Ur Alive.” Russell Scott really creates a nice backbone with his “future vintage” sound, while the addition of organic flutes and guitar sounds. It has a solid danceable groove to it, perfect for a sunset festival set.

If you could combine the music of XXYYXX and Wave Racer, you would get “Newter Shooter.” Take the simple percussion beat of the former producer, add the bright synths of the latter and throw in the choppy vocals sampling and strings of Thriftworks and you’ve got another wonderfully laidback song.

Closing out the release is “Monkey on My Back.” It features Thriftworks himself on some deeply distorted vocals, which seems like a recipe for disaster, but are lyrically quite beautiful. Even more so, at the halfway point in the song, his distorted vocals are layered with his actual vocals. It’s truly a gorgeous song, which is kind of an odd thing to say. But the way the laid back production mixes with the distorted vocals is breathtaking.

Thriftworks definitely has something going for him on Low Speed High Drag. The downtempo, ambient feel of most of this album combined with his unique production value really speaks to his creativity. This music is perfect to listen to whenever and wherever, but a sunset set during a summer festival would be paramount. Until festival season starts, though, fans can jump on the club dates spread across his tour, which kicks off tomorrow (February 25) in Minneapolis, MN, continues through the midwest and into the southeast, and then heads back out west.