Photos and story by: Michael Beas

Sander van Dijck known by his stage name San Holo, is a Dutch DJ, composer, musician and record producer. His quest to become the world’s top producer started with a breakthrough remix of Dr. Dre’s “The Next Episode,” which achieved explosive virality, pulling in over 85 million hits. Throughout his career he has dropped tracks on Spinnin' Records, OWSLA, and Monstercat.

During Ultra Music Festival, I had an opportunity to catch up with van Dijck. During the interview he shared his thoughts on success, his breakthrough moment, and his new EP, They Just Haven’t Seen It. 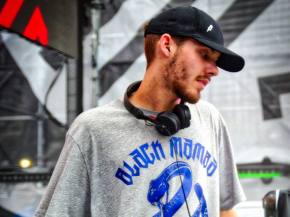