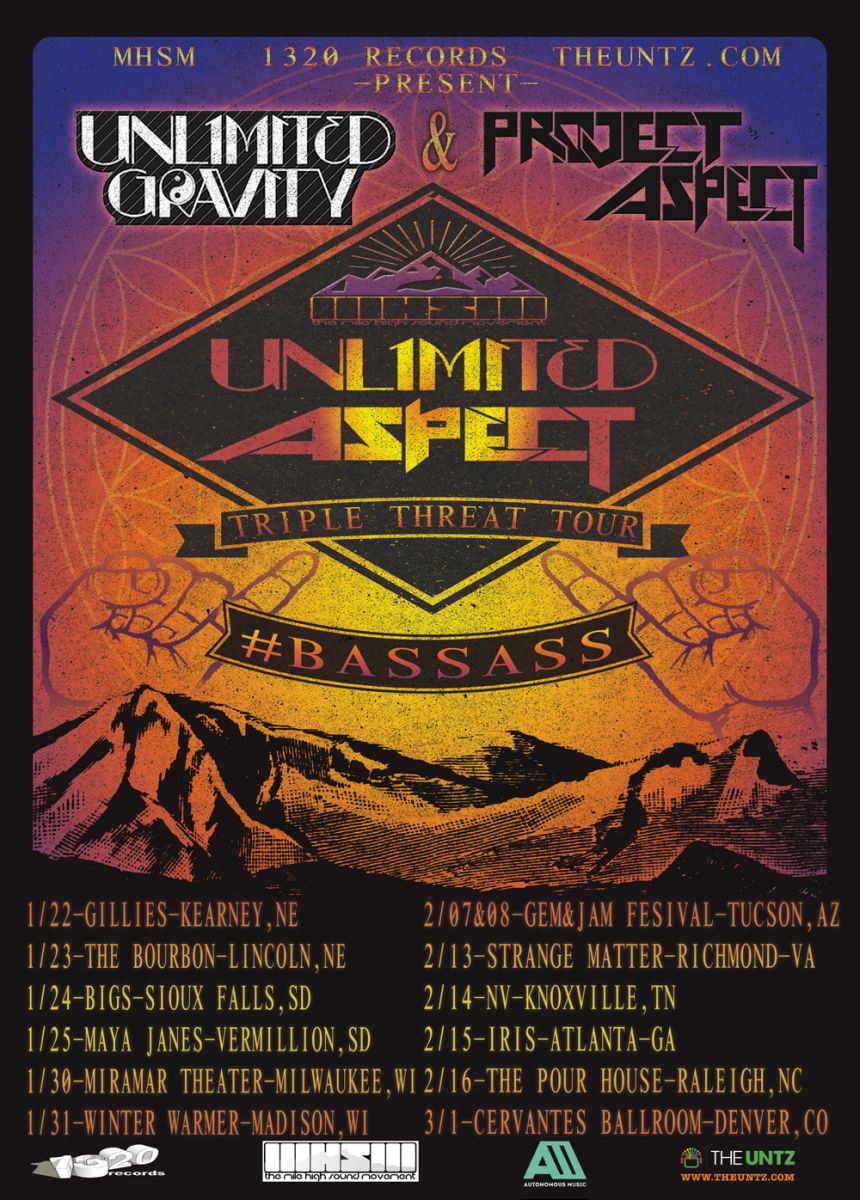 We've been there since the beginning, so it's only right we keep the train rolling. A few years back, a couple of relatively unknown Colorado producers, Jay Jaramillo and Ronnie Weberg, won themselves some slots on the bus-to-show shuttle at boutique electronic proving ground Sonic Bloom. ProJect Aspect and Unlimited Gravity, as Jaramillo and Weberg have come to be known, made a splash, impressing everyone in the fertile Colorado scene, and becoming some of the Centennial State's most beloved bass-driven wizards.

Now, on the cusp of 2014, we start a new chapter with the boys. When their forces combine, they become Unlimited Aspect, a guitar-wielding, bass-chucking superduo, setting off across the Plains, midwest, and southeast this winter and into the spring. And The Untz, in tandem with Mile High Sound Movement and 1320 Records, is coming along for the ride!

Weberg completes another Untz-sponsored run this weekend as part of Phutureprimitive's Dance Out Your Demons tour. This past year saw the release of his latest album, Unlimited, on the aforementioned 1320 Records label. Jaramillo will be ringing in the New Year down in Atlanta on Dec 31st with 1320 founders STS9 as part of its 5-night run commencing tomorrow.

The Unlimited Aspect tour gets underway at the end of January, heading off towards Nebraska and South Dakota before hitting Gem and Jam Festival in Tucson, AZ, and eventually making its way to the Atlantic with a date in Charleston, SC. The boys return home with a big blowout at Cervantes Masterpiece Ballroom in Denver, CO on March 1st. Stay tuned for more details, and a slew of ticket giveaways.